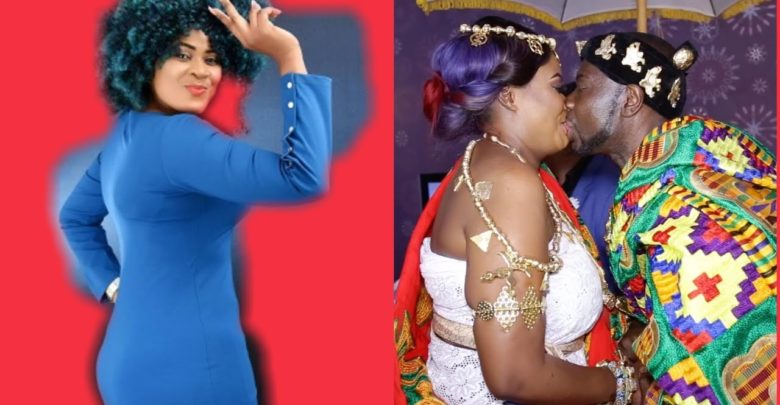 Nana Sarfo Kantanka who is the husband of controversial Kumawood actress Nayas has revealed that his wife is very good in bed.

According to Nana, his wife is equipped with good bedroom skills which he really enjoys.

He disclosed that Nayas is very good sexually and has learned a lot from her which he will put into practice.

Nana Sarfo who is the Asanteman Kontihene of Hamburg, Germany heaped praises on his wife and expressed how fortunate he is to have her as his wife.

He further stated that he understands the nature of Nayas’ work as an actress and is ready to render his full support to her.

Controversial actress Nayas yesterday tied the knot to her German-based Ghanaian boyfriend of two years at a private ceremony in Accra.

The marriage ceremony came as a surprise as many Ghanaians felt it was a movie as Nayas has played such a trick on Ghanaians before.

However, Nana Sarfo Kantanka has explained that his marriage to Nayas is not a movie or hype but real.