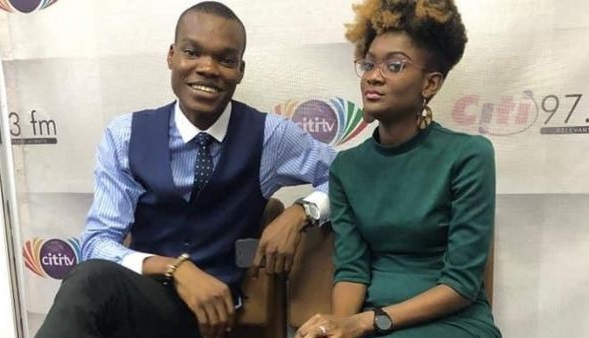 The Ministry of National Security says it is investigating alleged manhandling of two journalists of Citi FM, Caleb Kudah and Zoe Abu-Baidoo.

The two were arrested and interrogated on May 11 by operatives of National Security following allegations that Caleb had filmed scenes from a prohibited security vicinity and sent same to Zoe.

Subsequent to their release, Caleb in particular has alleged being manhandled, including kicks to his groin, during his interrogation.

The National Security Ministry in a statement on May 13, 2021, signed by its Chief Director, Lt. Col. Ababio Serebour (Rtd.) says the allegations have been noted and are being investigated.

The Ministry says the “protection of the rights and freedoms of the citizenry remains a cornerstone to safeguarding the peace and stability of the State” and so it “strives, at all times, to uphold the ethics and professional standards guiding operational duties” and “therefore, takes with all seriousness, the allegations of manhandling of the two journalists during the interrogation.”

“The Ministry of National Security wishes to assure the Public that appropriate actions shall be taken if the allegations are found to be true.” 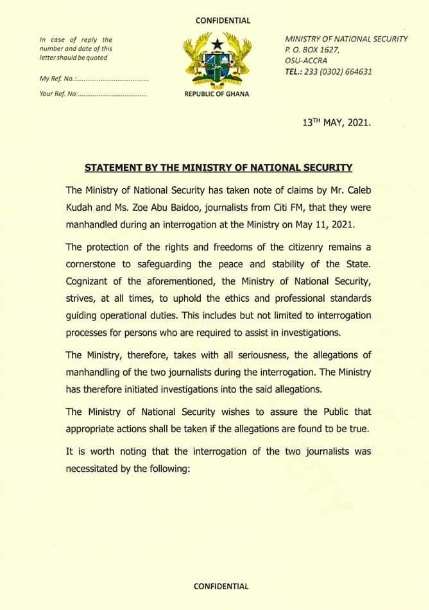 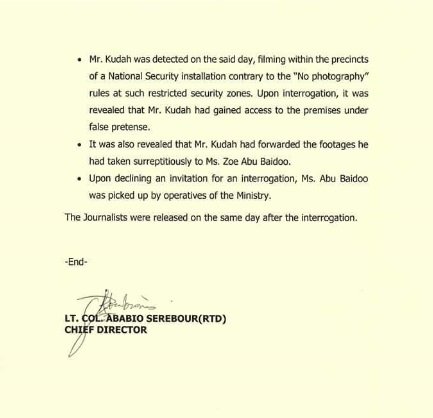