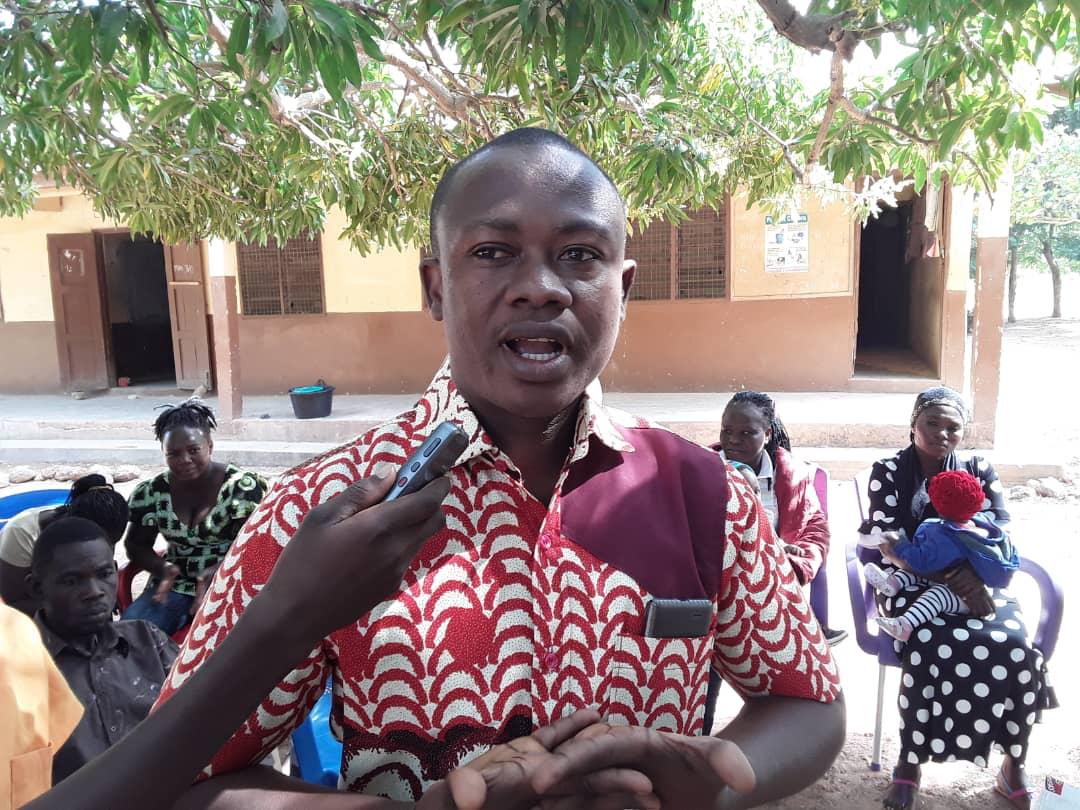 Students of Jang Junior High School in the Nadowli-Kaleo district of the Upper West Region have received mathematics pamphlets from an old student of the school.

The books ‘Excellent Grade Series’ valued at GHC 3,200 are from efforts of the author and one Hermas Abudu a native of the community currently studying for his PHD in China.

At a brief ceremony to hand over the books to the school, the author, Nicholas Domanumbu said his desire to empower students of Jang was because he benefited so much from the school.

Narrating his past moments at the school, Mr. Domanumbu said he attended the school from primary 2 till JHS 2 and left for another school. He is thus convinced Jang JHS prepared him to make a good grade at his BECE and called on the students to aspire higher. 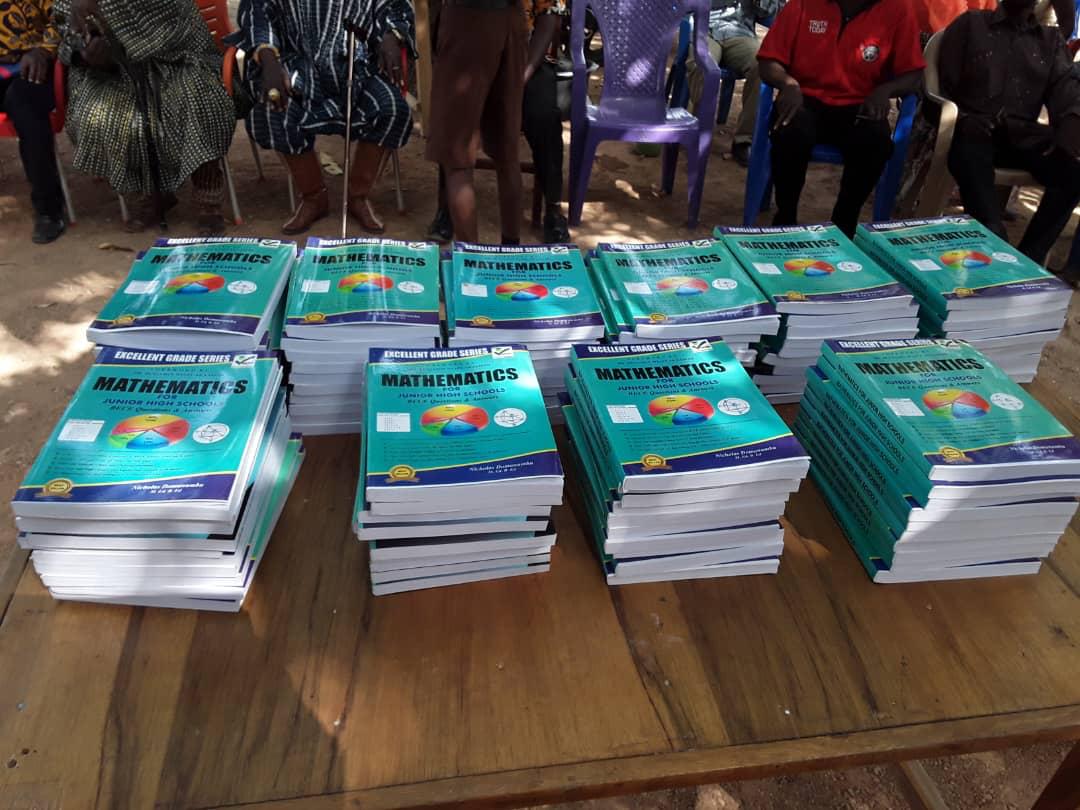 He however desired to make the books available for students throughout the area but lamented over the costs involved, calling on well-wishers to support the cause.

The Chief of Jang, Naa Alhassan Musah Kanchiiha Gaguo II was grateful for the efforts by the author to present such important materials to the school at such a moment and urged the students to take advantage of the books by dedicating time to learn even harder.

Tibani Naa Bob Logga, a guest speaker at the gathering expressed the need for students to take mathematics lessons seriously.

He explained that math as a subject could prepare a person’s mindset with the ability to think critically.

Naa Logga explained that technology is developed from simple calculations, saying ‘’Maths is so simple but it is complex and must be taken very serious’’.

He also challenged the students to perform better in subsequent exams as the Nadowli-Kaleo district scored a total of 36% in mathematics in the recent BECE results. 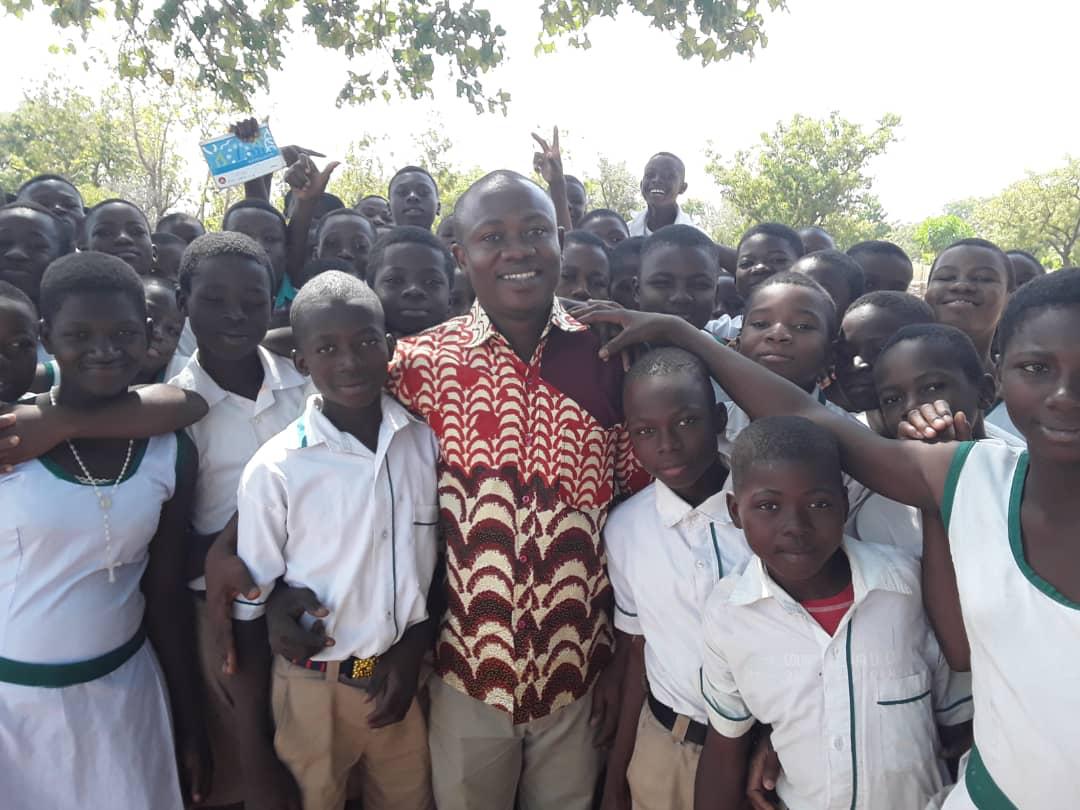 160 books were donated to the circuit supervisor, Mr. Augustine Tingani, with 60 of the copies distributed to the neighboring schools.

The Head teacher of Jang JHS Mr. Bayor Aziz said the gesture was a historic feat in the school and wished such support came regularly but also lamented over teacher accommodation and electricity for better ICT studies in the school.

A total of 1,047 pupils sat for the BECE exams last year out of which only 71 passed in mathematics, with 45 boys and 26 girls representing 6.8% of the pass mark.