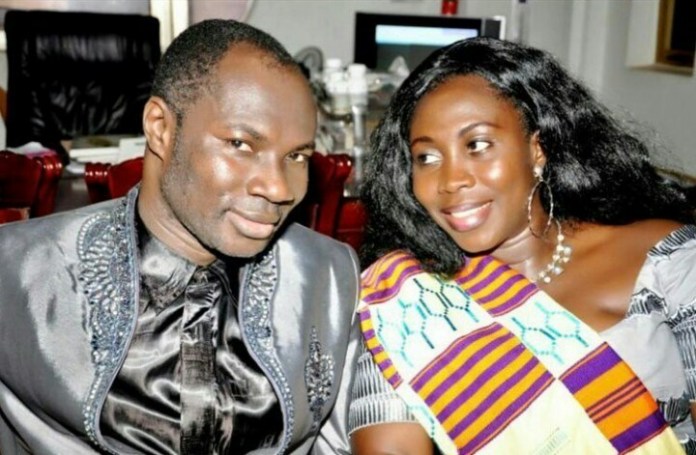 The wife of the founder and leader of Glorious Wave Church International, Mama Gloria Badu Kobi has finally spoken about her husband recent comments.

According to Mama Gloria, Ghanaians do not really understand the ways of her husband, Prophet Badu Kobi.

Mama Gloria stated that her husband is not just a normal human being but is embodied in the spirit of God.

She added that she is really surprised about some things her husband says because she is used to it.

“Ghanaians do not understand him. I always tell people who come close to him that they should always learn something from him because he will change their lives positively.

People see him as a normal human being but as for me, I know Jesus Christ is in him. Most of his prophecies he made even before we got married all came into reality.

I am not surprised over some things he says because I am used to it and I know that everything he says will come to pass”, Mama Gloria disclosed.

Mama Gloria also explained that they have been through a lot of challenges from the onset of their marriage where at a point, her family advised her to leave her husband but she stayed behind and supported him.

She added that she never doubts anything her husband says because she believes it’s from God and all she does is prays about it.

In reacting to the death of their son, Mama Gloria disclosed that it was a terrible and sad moment they all had to go through but it was the will of God.