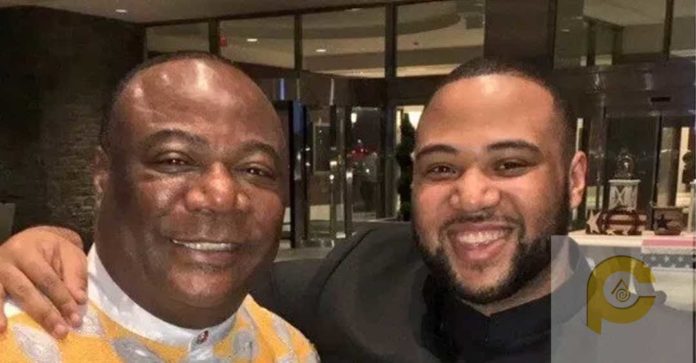 The young man has taken to his twitter account to level wild allegations against the bishop who is the founder of Action Chapel International.

In a series of Tweets, Daniel whose twitter handle is @deewillslive has called out his father for a number of reasons.

He first accused his father of brainwashing him and his siblings to believe that their mother is a witch. 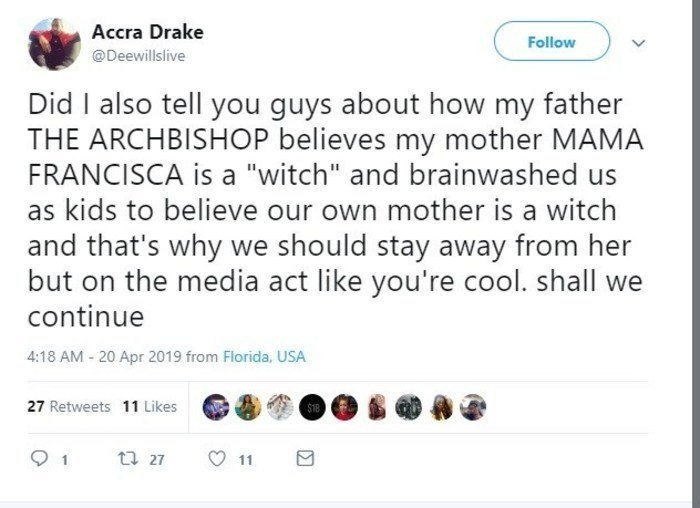 He also disclosed how his father made police arrest him on his birthday. 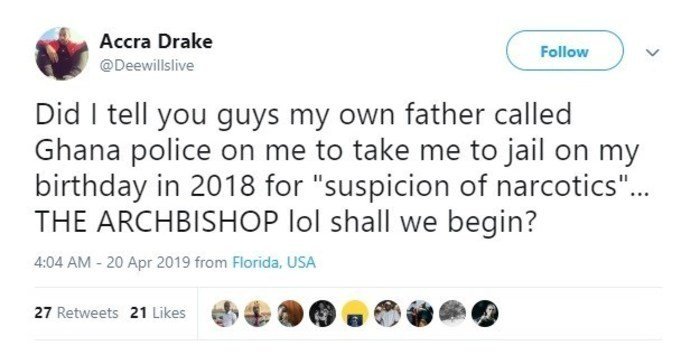