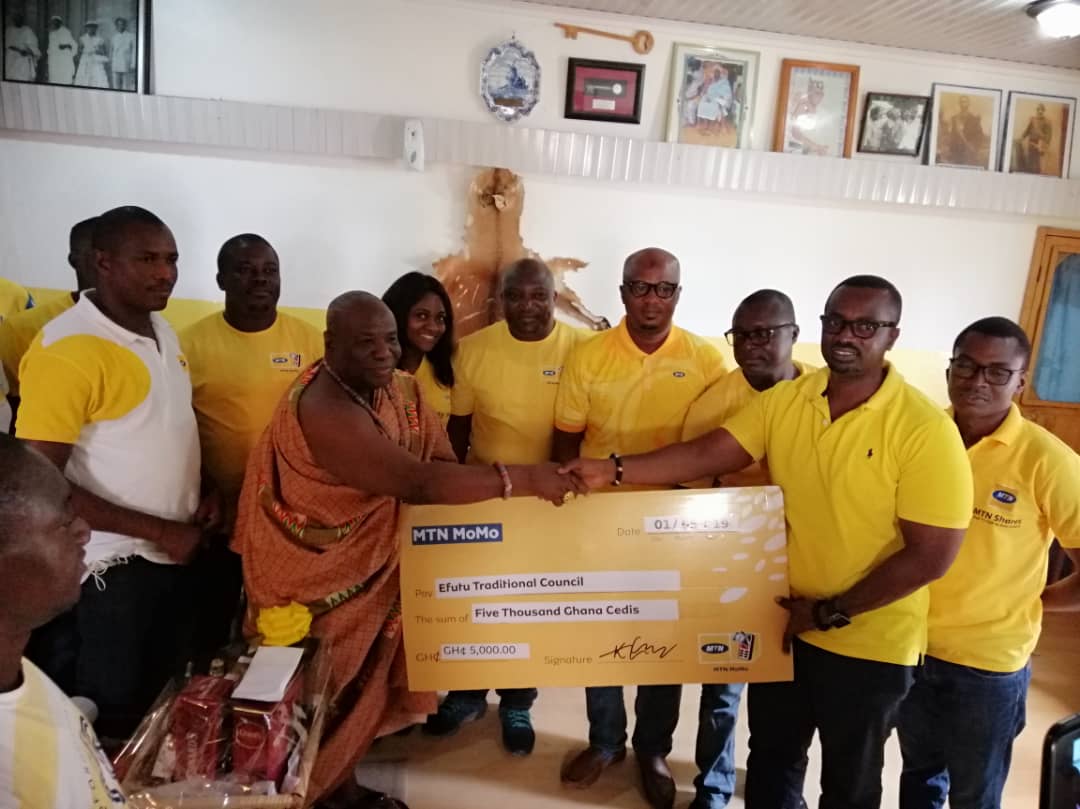 Mobile Telecommunications Giant MTN has donated a cash amount of Five (5) Thousand Ghana Cedis, MTN recharge cards and drinks to the Efutu Traditional Area in the Central Region as its contribution towards this year’s Aboakyir Festival.

Prince Nyarko, Regional Senior Manager for the South-West Business District for MTN who led the delegation to make the donation said ‘’As you celebrate this year’s Aboakyir under the theme: Sustaining our rich cultural heritage; our youth, our future, MTN will continue to partner with Nananom towards the development of education in the area’’.

According to him, the gesture was also a way of showing gratitude to the Chiefs and People of Efutu for their support over the years saying ‘’your continuous support for our brand has has helped immensely to make MTN the network of choice and leader in the telecommunications industry’’. 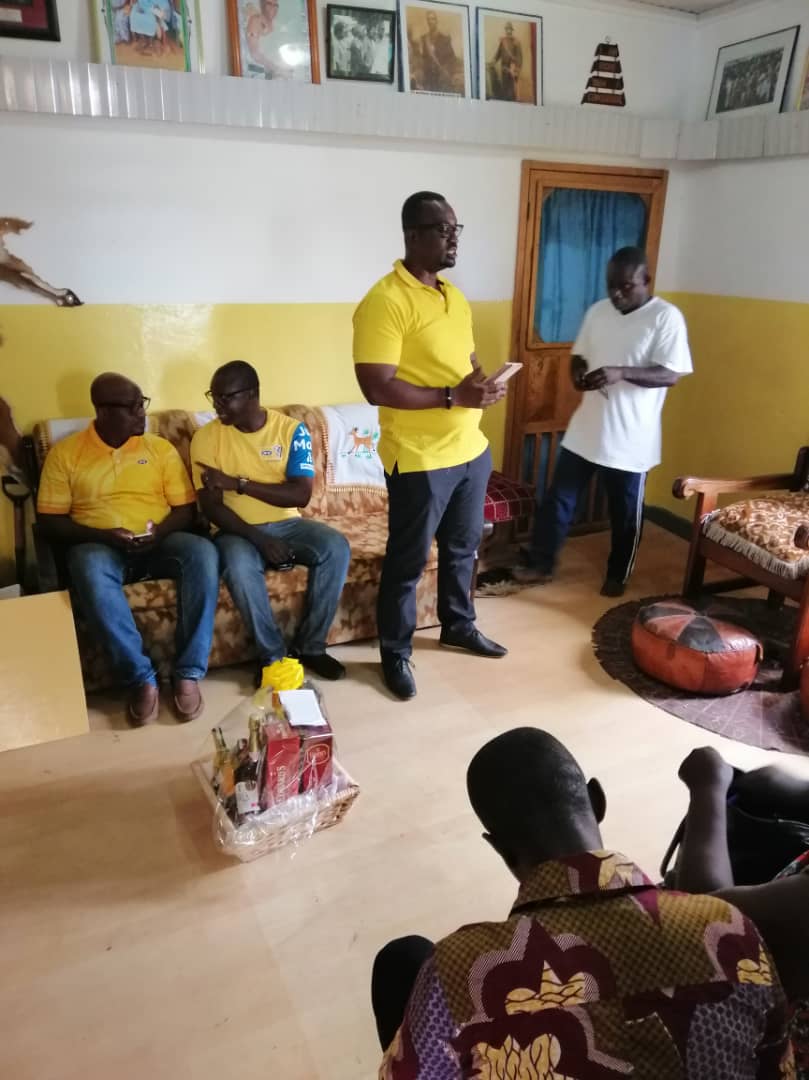 Mr. Nyarko said the company has projected and promoted the Aboakyir festival through the creation of jobs for the youth during festival activations, while promoting music, sports and tourism during the celebration.

Such support, he explained has brought some level of development and growth to the Efutu traditional area.

‘’We will continue to ensure that during the festive period, our products and services are available for all those who need it. We shall also provide celebrants with seamless telecommunication services on the MTN network which include the fastest 4G LTE services’’ Mr. Nyarko opined further.

He also used the opportunity to brief the Efutu Traditional Council about the 5th season of the MTN heroes of change initiative which is being championed by the MTN Foundation, saying some 1,200 entries have been received. 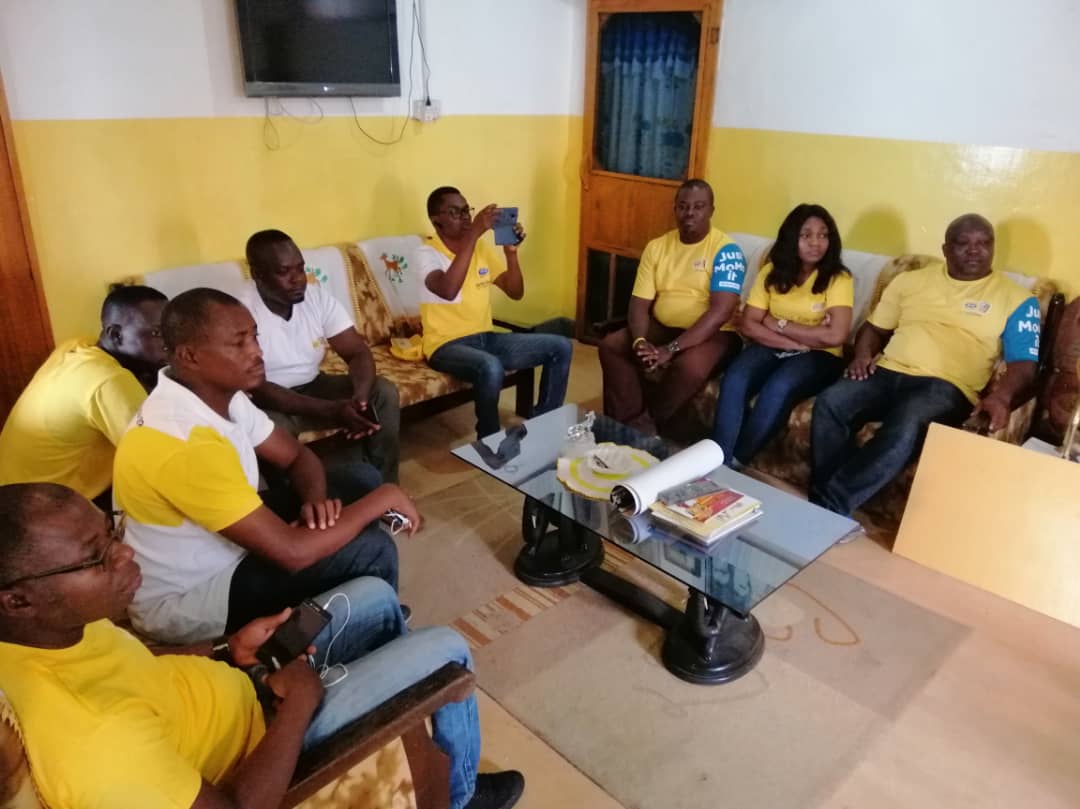 ‘’This initiative was to identify people who have positively impacted their communities and to honour them as heroes of change. A final event will be held to announce the winners of the various categories. The ultimate winner will receive a cash prize of 100 Thousand Ghana Cedis and three category winners will be awarded 30 thousand Ghana Cedis each, to be invested in their projects for wider impact’’ he added.