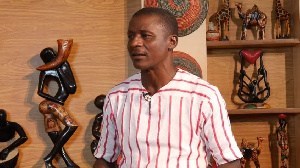 Edward Mensah Akpakudi, the National Chairman of the Ghana Mortuary Workers Association (MOWAG) has disclosed how a pastor and some congregants in Sunyani beat up a mortuary worker there because the latter refused to let them resurrect one of their members who had died earlier in the day.

“One of our members was called to come back to the hospital because some people have come requesting that they see the body of their member because their pastor said the person is not dead but alive, so they want to pray for him. The mortuary worker responded in affirmative but these church folks had to beat him up,” he told KSM on Bo Me Nkomo show.

Mr Akpakudi who has been working in the mortuary for about 24-years alleged that the facility head at that hospital went behind the mortuary association to take GHC300.00 compensation for the victim and left the matter to rest.

According to him, their nature of work is very wearisome and those in authority have abandoned them to their fate as several pleas have fallen on deaf ears.

He lamented that they work 24 hours a day because there is no way for them to close as the death of people is not regulated by particular times of day.

The mortuary workers were on strike seeking for better conditions of service.

Mr Akpakudi said the association has been battling with the government to increase their salaries and improve their condition of service for a number of months but to no avail.

Meanwhile, the association have since called-off their strike, hoping for their grievances to be addressed by the government.