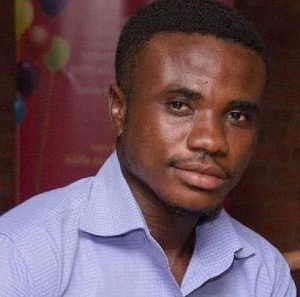 The complaint, sighted by The Finder, shows that on Sunday, June 30, Britwum and Emmanuel Ajarfor Abugri, in the company of their manager and a brother, formally lodged a complaint of assault at the Legon Police Station at 6:10pm.

This latest development is clear evidence that the claim by Britwum that he was coached on Tuesday, July 2, by persons who volunteered to help them with legal representation is baseless and, therefore, cannot be true.

This is because the complaint of assault was lodged at the police station and a radio interview Britwum granted on Monday, July 1, in which he admitted that they were assaulted preceded their meeting with people he claimed coached him to lie.

It is recorded in the complaint that they reported to the police station “with visible marks of assault”.

According to the police report, the two journalists “reported that on Thursday, June 27, 2019 at about 4pm, they were picked up by five men to the National Security office and were beaten up without any good cause, hence the report for action”.

The police issued them “medical forms to attend hospital for treatment and report back for further help”.

The entry in the complaint book at the station also confirms that the “case was referred to D/Cpl Felix O. Teye for investigations”.

It will be recalled that in the evening of Wednesday, July 3, 2019, Britwum, through his lawyer, issued a flat denial that he had ever said anywhere or to anyone that he was assaulted or tortured by National Security operatives.

In that interview Britwum admitted to being tortured and manhandled.

Even though Britwum did not deny granting the interview, a private newspaper published on Monday, July 8, 2019 that Britwum had issued another statement claiming he was coached on Tuesday, July 2, 2019 to say he had been assaulted or tortured.

Meanwhile, it is a fact that the afternoon of July 2, 2019 was the first time private legal practitioner Samson Lardy Anyenini, one of the people Britwum accused of coaching him, had met the two ModernGhana journalists at the Ministries Police Station after a non-governmental organisation (NGO) and the Ghana Journalists Association (GJA) asked Samson Lardy Anyenini to assist them because they had not had a lawyer since their arrest on Thursday, June 27, 2019.