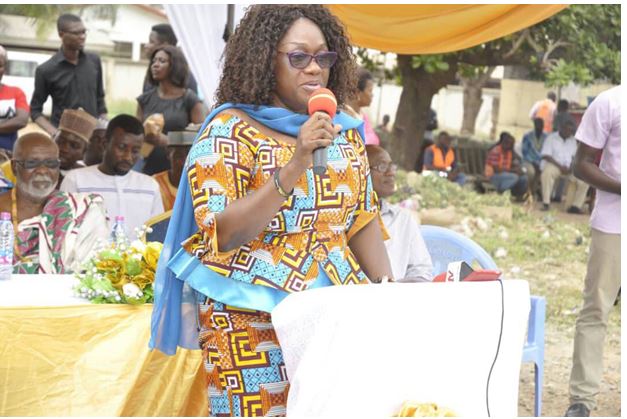 Metropolitan, Municipal and District Assemblies (MMDAs) within the Greater Accra Region (GAR) have banned the hoisting of banners and posters on ceremonial streets and key locations in the region with immediate effect.

The MMDAs, at a press conference organised in Accra yesterday, also gave a 14-day ultimatum to churches, advertisers, filmmakers, educational institutions and the general public who in one way or the other hoist banners and  posters in the region  to remove all such  publicity materials affixed on all ceremonial streets, as well as key locations in the city.

Janet Tulasi Mensah, Municipal Chief Executive (MCE) of the Ga East Municipal Assembly, who addressed the press in the company of her colleague MCEs, said the decision follows the call by the President of the Republic of Ghana to make Accra the cleanest city in Africa.

She pointed out that the posting of these posters and hoisting of banners at unauthorised locations were illegal and a serious threat to the beautification drive of the city, adding that “culprits shall be dealt with in accordance with the respective bye-laws of the assemblies.”

She announced that suitable locations would be dedicated for use as advertising areas, and urged prospective applicants to comply through the licensing process to qualify.

She cited section 181 of the Local Governance Act, 2016 (Act 936), which mandates the assemblies to enact bye-laws to govern the respective local area of authority, and stated that the Accra Metropolitan Assembly’s (AMA) bye-laws (2017) on cleaning prohibits a person from affixing bills or posters for advertisement on any wall, road sign, tree or fixtures, other than on spaces specifically provided or approved by the assembly for that purpose, or on property owned or occupied by that person.

Janet Mensah intimated that, “Today’s press conference marks the beginning of series of actions earmarked to ensure a sanitised GAR that will catapult the beautification and cleanliness agenda of the city of Accra.”

She also assured that the MMDAs would continue to engage all relevant stakeholders to ensure co-operation and compliance to this directive.