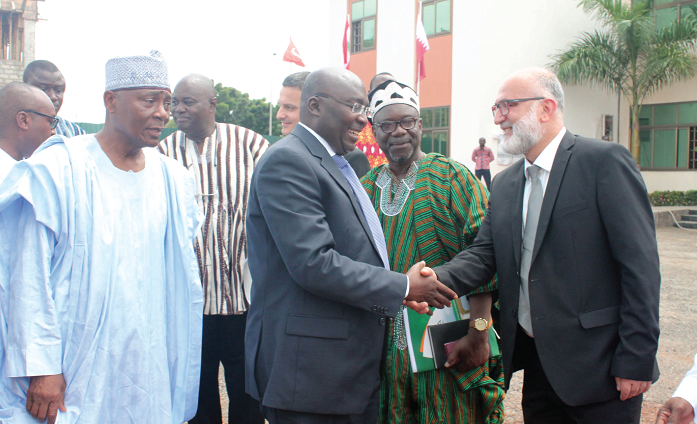 The Madina Institute of Science and Technology (MIST), a tertiary educational institution, has indicated its desire to set up an Islamic bank to cater for the unbanked population in its catchment area.

The bank will serve as an alternative for people who are not comfortable with the traditional banking system due to the fact that Islam frowns on anything that charges interest.

MIST’s President, Prof. Abdullai Salifu Asuro, noted: “So, Islamic banking encourages that if you deposit your monies, you should be able to take the same money when withdrawing; but that is not the same in our current state, so we are exploring avenues for the future; when we get there, we will write for assistance from our donor partners so we can start this venture,” he said at an interaction with the press in Accra.

Islamic banking is a banking system that is based on the principles of Islamic law or the sharia, and currently operates in some West African countries such as Ivory Coast and Nigeria.

Prof. Asuro indicated that despite the institution being only a year old, its doors are open for partnerships and it has already formed alliances with the Institute of Industrial Research (IIR) of the Council for Scientific and Industrial Research (CSIR), Japan Motors Trading Company Limited, Ghana Highways Authority, Accra Technical University and Takoradi Technical University, all in the field of engineering.

MIST, according to the president, aims to build a world-class institution to expedite the industrialisation process of Ghana and the rest of Africa.

The university’s president also maintained that the institution is committed to integrating the highest academic and professional standards of excellence in teaching, research and community service in its training.

MIST is an off-shoot of the Madina Foundation for Science and Technology, (MFST) which was registered in 2010 to, among other things, establish and run educational institutions at various levels in the country for Ghanaians and students from other African countries.

It is affiliated to the Kwame Nkrumah University of Science and Technology (KNUST) and the University for Development Studies.

The institution was officially inaugurated on September 30, 2017 by Vice-President Dr. Mahamudu Bawumia. It commenced operation with two schools, comprising the School of Engineering, School of Business and Technology and a Centre for Professional Development.