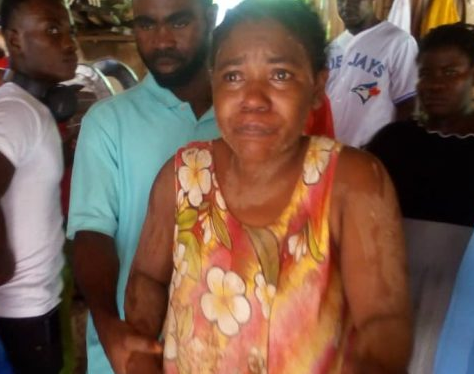 The 28-year-old pregnant woman who went missing in Takoradi on Thursday, September 16, has been found around Axim in the Western Region.

Josephine Panyin Mensah who was said to be nursing a near term pregnancy, was without the pregnancy when she was discovered near a church building in Axim.

She had been reported missing after going for a routine dawn walk on Thursday, September 16, 2021.

A senior brother of Josephine, Alex Essien, told Graphic Online her sister was unable to speak when she was discovered. All she could do was to motion for a piece of paper and pen on which she scribbled her brother’s contact number.

According to Essien, Josephine was said to be crying upon her discovery but was unable to tell what had transpired or where she had been.

The police are yet to confirm the incident but Josephine is being attended to at the Axim Government Hospital.

The Police Public Relations Officer, Olivia Adiku has said the police were investigating to trace the whereabouts of Josephine.