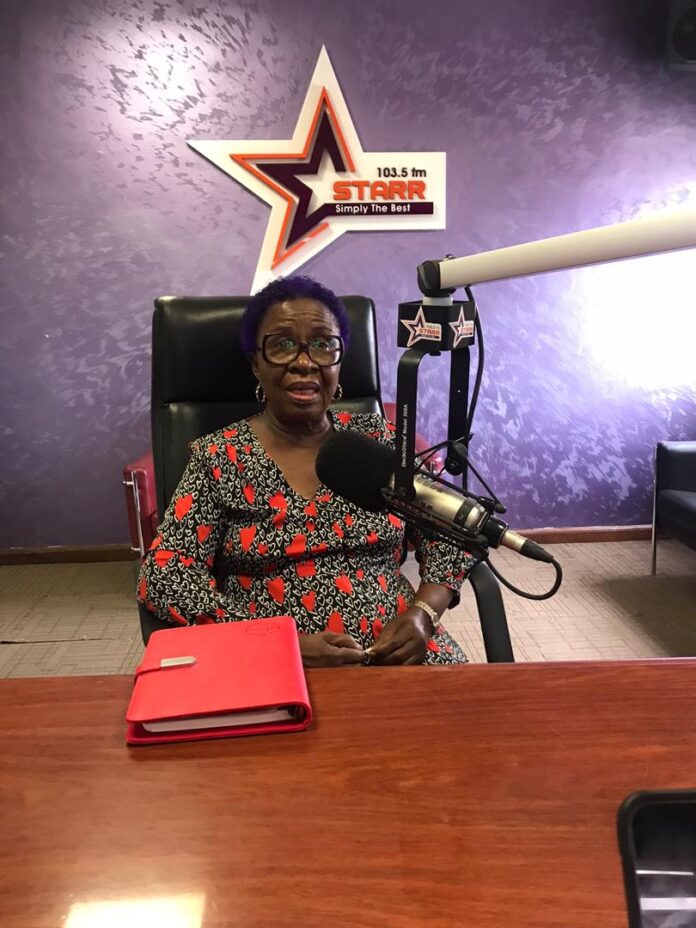 The woman who invented the popular Veronica bucket says people will be 99% protected from coronavirus if they wash their hands well.

According to Veronica Bekoe, hand washing is much efficient and reliable in fighting the spread of viruses than any other strategy.

Speaking to Francis Abban on the Morning Starr Monday, the scientist said people must avoid shaking hands as much as possible.

“If you watch your hands properly you’re almost 99 per cent covered. Hand washing is the best. Sometimes at funerals I avoid shaking hands because I don’t know where people have been to,” she said.

She added she has been shocked by the acceptability of her invention.

”The use of veronica bucket started in the health sector, I restricted myself to the health sector because that was our target, I never thought it will go this far. I initially started with aluminium sheet container, later then the plastic ones just came,” she noted.

Meanwhile, Coronavirus cases in Ghana have jumped to 24 from 21,  as of last night.

The update was posted on the government website dedicated to matters concerning the virus.

Details of the new cases have not been disclosed.

Among the confirmed cases, seventeen (17) are of Ghanaian nationality and seven (7) other nationals namely: Norway, Lebanon, China, France, UK.

With regards to contact tracing, a total of 575 contacts have been identified and are being tracked.

On Saturday confirmed cases stood at 21.

Two of the cases were reported from the Greater Accra Region and the other in the Ashanti Region.

The first was a 29-year-old Ghanaian lady resident of Accra with no history of travel. Sample taken from her confirmed positive in the laboratory.

The second is a 34-year-old Ghanaian lady resident of Accra who had contact of a confirmed case at her place of work.

Also, a 53-year-old Ghanaian male, resident of Tema with no history of travel, no evidence of close contact with a confirmed case. Samples confirmed positive in the laboratory.

A 41-year-old Ghanaian male who arrived in Ghana by KLM on the 15 March 2020; indicated exposure with family members in Amsterdam exhibiting respiratory symptoms and also on the flight with some passengers sneezing and coughing.

The fifth person is a 36-year-old Ghanaian male resident of Paris, France; date of arrival in Ghana unconfirmed with no evidence of contact with an infected person.

China, Italy, Iran, Spain and Germany have suffered the highest number of infections.

The current death toll suggests 4 per cent of patients who catch the virus die from it.

But experts say the death rate is probably lower than that because the true number of infections is much higher is far greater because some countries, including the UK, are only testing people hospitalised by the illness.