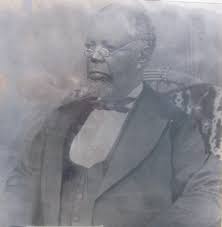 Like every other average African American, James Churchill Vaughan lived a decent life trying to make ends meet in America despite several societal issues that always put the black community several steps behind the white community.

Born in South Carolina in 1828, James lived with both his nuclear and extended family where they lived knowing no other place to call home. Although he was born free, James’s dad was born an enslaved black man working all his life on a plantation until he was too old.

It was a wish of his father that would change the Vaughan name from a regular family of black people in the U.S. with no recognition to a name of eliteness, respect, wealth and power in parts of West Africa especially Nigeria.

On his dying bed, James’ father wished that his family relocated to Africa to be in their true home and make something better of themselves. After the death of his father, James set out to honour his late dad and decided to move to Africa with no specific plan in mind.

With the support of the American Colonization Society, James Churchill Vaughan made the trip to Africa leaving his family behind. He arrived in Liberia with high hopes that were immediately shattered. For one, James did not find it easy in Liberia, he also found the same social problems that his father had wanted his kids to be free of in the African country.

Although disappointed, James stayed on in Liberia for a little longer until he accepted a job in Yorubaland, present-day Nigeria, to work as a carpenter for the missionaries of the Southern Baptist Convention. Luckily for him, the church paid for his travel to Nigeria offering him accommodation and a stable income while he worked for them. 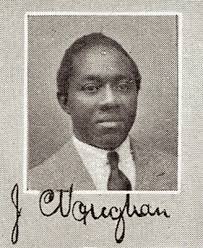 Nothing much is known of why he left his work with the missionaries but his later involvement in activism against racism and missionary work in Nigeria and West Africa give hints of a little bad blood before his departure.

James became a millionaire merchant in Nigeria but according to an article by Metropole, he went through very difficult and interesting moments but escaped before finding his feet.

He persisted despite the odds being against him after arriving in Nigeria at the time of the total takeover of the country by the British after the Oyo Empire broke down. This period was known as the ‘Age of Confusion.’

In 1860, during the war, he was captured and almost shipped into slavery but managed to escape. After escaping, he made it back to Abeokuta where he settled and married a refugee from the nearby Kingdom of Benin who he had several children with. He, however, did not forget his family abroad.

After issues with the missionaries, Churchill decided to move back to Lagos, making the trip with his family on foot. While in Lagos, he became a rich merchant trading and doing construction work until he became a millionaire. By the late 1860s, James Churchill had risen from a poor immigrant to one of the most influential men in Nigeria joining the elite and political class.

James used his influence to speak against slavery and the fact that several wealthy Nigerians themselves owned slaves. He preached that, rather than own slaves and exploit them, they should be employed as workers and get paid for their hard work.

In 1888, Vaughan, together with several other successful immigrants established the Native Baptist Church, the first non-missionary church in West Africa. In 1893, he died at the age of sixty-five and was given a befitting burial. His tomb can still be visited today over 100 years after his death.