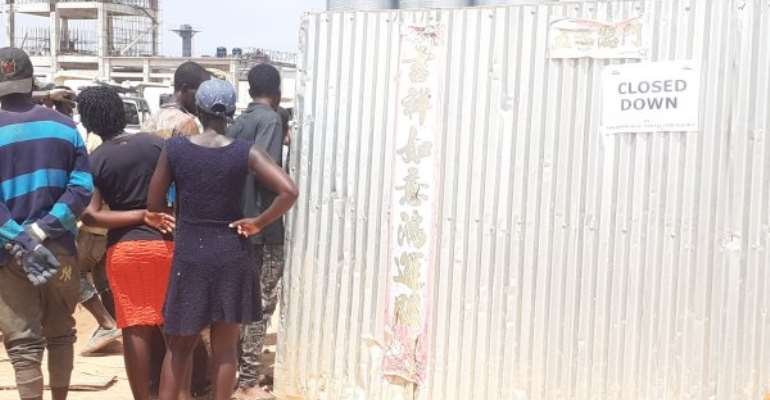 The court said the Empire Cement Ghana Limited should cease all its activities in connection with the construction of a cement factory until the hearing of an injunction application by the McCarthy Hill Residents Association, according to a report filed by the Ghana News Agency (GNA).

All operations in connection with the construction must cease, the court ordered on Tuesday, September 7, 2021.

The court, presided over by Justice Joseph Adu Owusu Agyeman told Lawyers for the company that since they had been served with the application it would be fair to confine themselves to due process.

It said until the final determination of the pending application all activities in connection to the application must cease immediately.

They, therefore, opted to file another application to join the suit of which the court took cost against them.

The McCarthy Hill Residents Association earlier this year (2021) raised red flags when they heard that construction taking place in the Southern part of the area was the construction of a cement factory.

Based on its implications on the environment and the health of the people living in and around the catchment area, they confronted the people behind the construction of the factory.

They then went ahead to issue a writ against the company seeking an order to restrain the company from going ahead with the construction of the factory.

In their statement of claim, the association said that the factory was being constructed by the company on the blind side of the law and that they had disobeyed various EPA orders asking them to desist from going ahead with the construction and also a direct order to the company to decommission the equipment it had mounted at the factory site.

They claimed the company had earlier misled the EPA into issuing a temporary permit to them to manufacture hundred metric tons of cement bags per month, however, upon obtaining this permit the company went ahead to install machinery to manufacture cement as evidence in their articles of incorporation.

It was based on this realisation that the association decided to go to court.