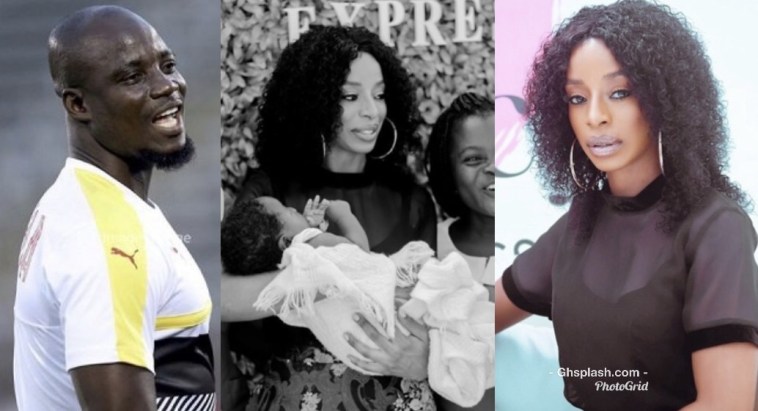 Ghanaian media personality, Vanessa Gyan has allegedly named former Ghana Black Stars Captain who is now a member of the National Team’s technical bench, Stephen Appiah as the father of her child.

According to a report on our sister blog Ghanacelebrities, Vanessa Gyan, the daughter of famous Ghanaian keyboardist, Kiki Gyan of Osibisa fame has named Stephen Appiah as her baby daddy.

It is a claim which most of her friends know and have kept it as a secret just to protect the marriage of Stephen Appiah until now.

However, Ghpage.com has gathered from the report that the former Black Stars Skipper has denied being responsible for the pregnancy and now the child,

Allegedly, Stephen Appiah’s excuse is that he only slept with Vanessa Gyan just once when he knew she was dating others so there is no way the pregnancy can be pinned on him.

But, the Ghanaian-American lady claims Stephen Appiah is the father. After all only a mother knows the father of her child.

Vanessa Gyan who is a popular runway model worked with eTV and later with GhONE TV before moving back to the States.

When Vanessa was reached on phone for her response, she refused to comment on the fast-developing issue, our sister blog reveals.