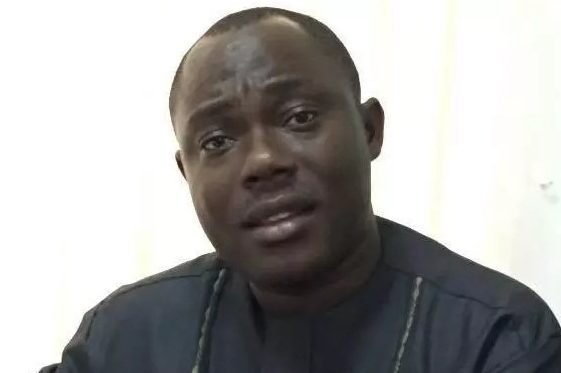 Political Science lecturer at the University of Ghana, Prof Ransford Gyampo has called on President Akufo-Addo to be fast and firm in addressing what he believes to be insecurity among a section of Ghanaians, ABC News Ghana can report.

The comment by the Legon Professor comes at a time when seasoned investigative Journalist, Manasseh Azure Awuni appears to have become a target by some unknown persons following the airing of his documentary on De-Eye Group, a vigilante group purported to be affiliated with government.

According to Mr. Gyampo, the journalist has, since the release of the video, received several death threats, a situation which forced him to seek refuge in South Africa.

Prof. Gyampo is of the view the President of the Republic needs to ensure the lives of people who criticize government or seek to expose wrongdoing are, in the interest of Ghana, protected.

In his ‘letter to the president copied to ABC News Ghana,’ Prof. Gyampo said “I am baffled by the level of intolerance being exhibited by apparatchiks in clear disregard of the democratic credentials of your party.”

“Your Excellency, I spoke to Mannaseh Azuri Awini this afternoon. He just returned from South Africa where he fled to seek refuge from threats of attacks on his life,” he added.

Below is Prof. Yaw Gyampo’s letter:

A Letter to President Akufo Addo

1. Your Excellency Nana Akufo Addo,
I bring you greetings from Saltpond where I am currently cooling off for the weekend.

2. About three months ago, I was in the University of Bristol as Visiting Scholar to present a paper assessing the democratic practice in Ghana. In that presentation, I particularly singled out the political freedom we enjoyed in Ghana under the previous somewhat revolutionary-minded regime of the NDC. I predicted more freedom for the Ghanaian people under the NPP administration led by you, given the democratic culture of your party and your own persona as an avowed democrat.

3. But I am wondering whether I predicted right in view of several threats received by those who only seek to keep your regime on its toes to ensure good governance for all of us.

4. I do occasionally receive a few of such threats even though I do not bother much about them. Dr Kwesi Annin receives same. Franklyn Cudjoe receives threats too. We haven’t made these a big issue because we are aware that you, as a person wouldn’t sanction such needless attempts to gag voices of reason and conscience.

5. But there are elements within your party and government that are bent on making your regime unpopular by embarking on the suicidal mission of threatening to eliminate voices of dissent.

6. Sir, as you may be aware, I am not an NPP man neither am I an NDC supporter but in terms of democratic ratings, I respect and rate the NPP higher and over above the NDC. I am therefore baffled by the level of intolerance being exhibited by apparatchiks in clear disregard of the democratic credentials of your party.