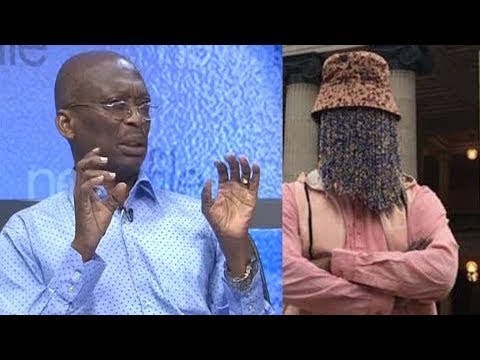 A disgruntled Ghanaian who says he has fallen victim to veteran Journalist Abdul Malik Kweku Baako and investigative Journalist Anas Aremeyaw Anas has revealed how he paid 500 thousand Ghana Cedis to the duo, to ‘kill’ a story they had done on him.

The name of the man, only given as Jerry said he was approached by the duo and shown a video that had been shot on him and some activity that he was involved in and asked to pay some money in order to ‘kill’ the story and not to show the video.

Host of Accra based okay Fm’s morning show, Kwame Nkrumah Tikesie said he interviewed the aggrieved man who said he paid the amount into a company account on behalf of Mr. Kweku Baako and Mr. Anas Aremeyaw Anas.

According to Mr. Nkrumah, the said man has indicated his willingness to testify before any commission of enquiry that will be established to look into the operations of the Tiger Eye PI boss.

He said as of the time the negotiations were taking place for the money to be paid, Mr. Kweku Baako was in the United States of America and that he still has the text messages they exchanged while the negotiation took place and is willing to tender same as evidence anytime the need arises.

He cited a former employee of the Multimedia Group who later moved to the Ghana Chamber of Telecoms as one person who was involved in the negotiation at some point and has full knowledge of what transpired.