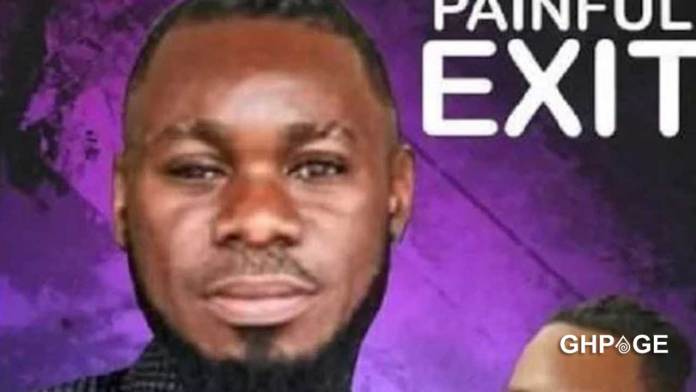 Death is one inevitable journey that everyone would one day embark but the circumstances that would take one to his grave still remains a mystery to all.

A 31-year-old Ghanaian hairdresser, who died at Tema in the Greater Accra region just two days after he got into a fight with someone at his village.

Agye Man wrote that he had gone to Larry’s shop to style his hair only to find that some people in mourning clothes had gathered in front of the shop.

He said he quickly determined that something was wrong and asked one of the mourners to explain what had happened.

Agye Man said it was then that the lady broke the news to him that Larry had died.

The Facebook user quoted the lady as saying that:

“He [Larry] went to his village for a funeral and picked a fight with the wrong person there. When he was ready to come back to Tema, he couldn’t find his slipper for a while. The slipper resurfaced after a few hours. Larry grabbed that and came to Tema. When he got here he got some leaves, prayed over the slippers and wore it. The next day, Larry was terribly sick. When they sent him to the hospital they were told there was no blood in his system and all his organs were condemned. Larry died a few days later.”