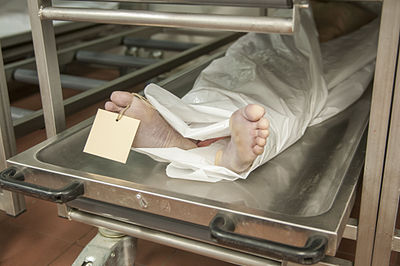 A 20-year-old man in Lucknow, India, was almost buried alive this week after the private hospital he was admitted to wrongfully pronounced him dead.

Mohammad Furqan was involved in an accident on the 21st of June and was taken to a hospital for treatment. He was in critical condition and after his family exhausted their savings paying for his medical bills, doctors declared him dead.

Furqan’s devastated relatives immediately started making preparations for his funeral, but after his body was brought home by an ambulance, his older brother was shocked to see that he still moved his limbs.

He notified the other members of the family and after making sure that he wasn’t seeing things, they took him to another hospital where doctors confirmed he was still alive.

“Devastated, we were preparing for the burial when some of us saw movement in his limbs,” Furqan’s brother, Mohammed Irfan, said. “We immediately took Furqan to the Ram Manohar Lohia hospital where the doctors said he was alive and have put him on ventilator support.”

“We had paid Rs 7 lakh ($10,000) to the private hospital earlier and when we told them that we had run out of money, they had declared Furqan dead,” the brother added.

Doctors at Ram Manohar Lohia hospital told reporters that Fuqan is indeed in critical condition, but he is most certainly not dead. He has a pulse, blood pressure and his reflexes are working.

The bizarre case has been getting a lot of media attention in India, and local authorities have been forced to open an investigation into how the private hospital handled matters.

“We have taken cognizance of the incident and the matter will be thoroughly probed,” Lucknow Chief Medical Officer Narendra Agarwal said.