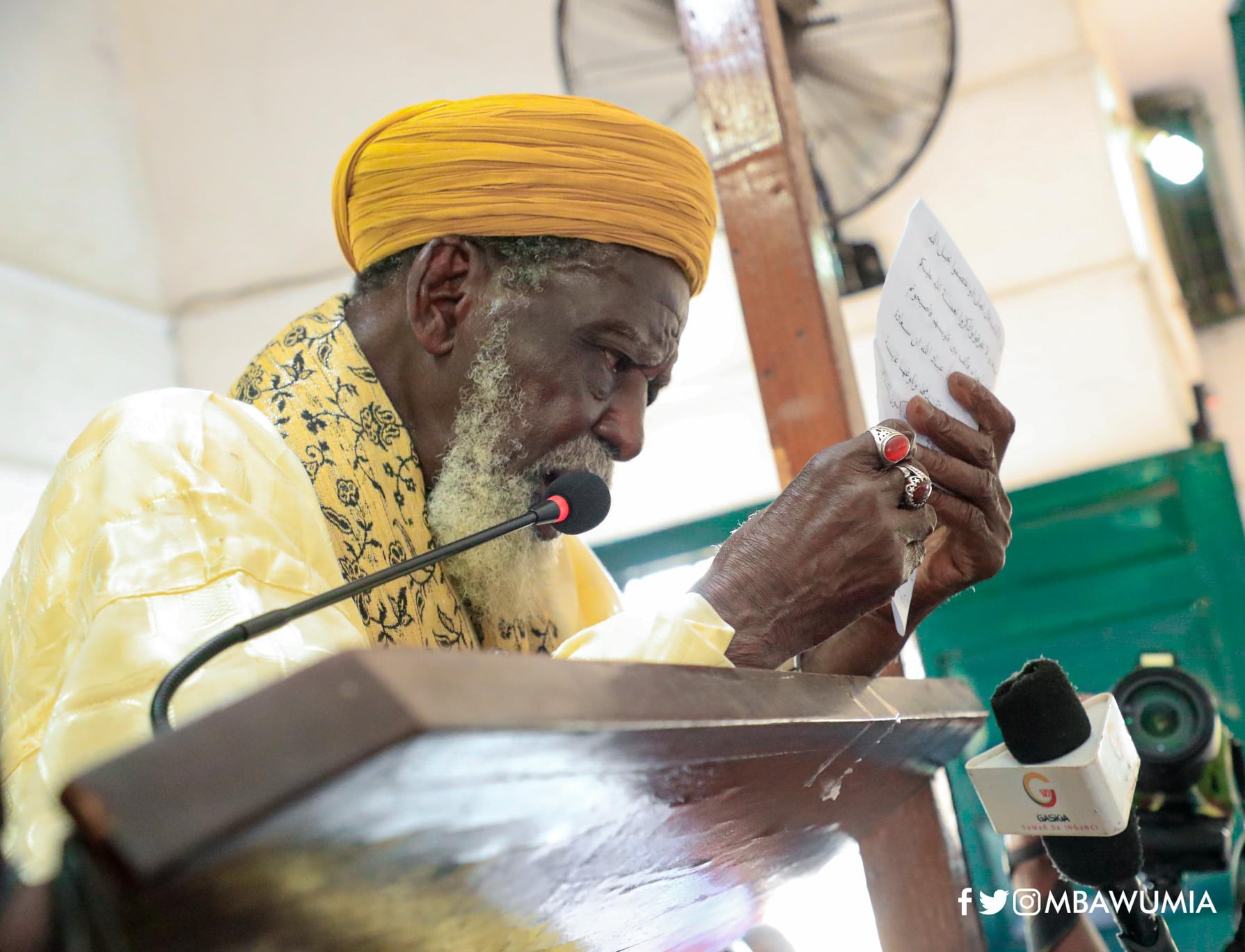 President Nana Addo Dankwa Akufo-Addo has appealed to Ghanaians to make deliberate efforts to maintain the unity and stability of the country.

He expressed confidence that the peace and stability that had been the trademark of the country and envy of others would remain intact.

The President made the appeal when, he together with the Vice-President, Dr Mahamudu Bawumia, went to the National Mosque at Abossey Okai in Accra to thank Allah for successful elections and victory for the New Patriotic Party (NPP) in the December 7 polls.

The Vice-President was accompanied by his wife, Mrs Samira Bawumia, and some leading members of the NPP and some supporters.

Explaining the reason for the visit to the mosque, President Akufo-Addo said: “We are here today to render our humble thanks to the Chief Imam and the Almighty.”

He said the Chief Imam’s prayer request for a peaceful election and victory for the party had been granted by the Almighty.

President Akufo-Addo recalled how before the 2020 elections the party went to the Chief Imam for a three-point prayer request that God should grant the country peace and unity, his blessings for Dr Bawumia and victory for the NPP.

For his part, Vice-President Bawumia thanked God for successful and peaceful elections and commended Ghanaians for continuous peaceful unity and co-habitation between Muslims and Christians as well as other religions.

The Chief Imam, Sheikh Osman Nuhu Sharubutu, called on Ghanaians to continue to live in peace, harmony and love for one another.

“As practitioners of different faiths, we should continue to live in peace and harmony. There is disharmony and political instability in other nations but we are still enjoying the peace,” he said.

The Chief Imam also appealed to Ghanaians not to take the country’s peace and stability for granted.

He prayed for the President and the government and asked for God’s continuous blessings for the country, while urging Ghanaians to show gratitude to the Almighty for His mercies.

“If we thank God, He will continue to bless us,” the Chief Imam said.

Party faithful found their way into the Central Mosque to catch a glimpse of the activities.

Clad mostly in white, the supporters waved party flags and danced to some renditions.