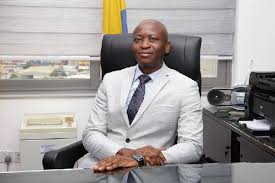 The Director-General of the Ghana Ports and Harbours Authority (GPHA), Mr Michael Luguje has been retained following the reconstitution of the authority’s board of directors.

The new board is chaired by Mr Isaac Osei, a former Chief Executive of the Tema Oil Refinery (TOR), Ghana Cocoa Board (COCOBOD) as well as former New Patriotic Party (NPP) Member of Parliament for Subin in the Ashanti Region.

Some earlier media reports had suggested former General Secretary of the governing NPP was to replace Mr Luguje as Director-General.

But a letter dated September 1, 2021, signed by the Chief of Staff, Mrs Akosua Frema Osei-Opare listed Mr Luguje as a member of the reconstituted board in his capacity as Director-General.

Other board members appointed in consultation with the Council of State are Dr Michael Adjei Anyetei, Ms Benonita Bismarck, Madam Mabel Asi Sagoe as institutional representatives.

Also on the board is the MP for Kwabre East, Ms Francisca Oteng-Mensah.

Mr Luguje became the D-G in 2018 after Mr Paul Asare-Ansah who was appointed to the position in 2017 was relieved of his post.

His tenure, although said to have made some significant improvements in the Authority’s businesses also saw some worker agitations on the agreement on the development of the terminal three facility by the Meridian Port Services.

The workers want the agreement to be reviewed to enable the GPHA retain 20 percent of container handling business.