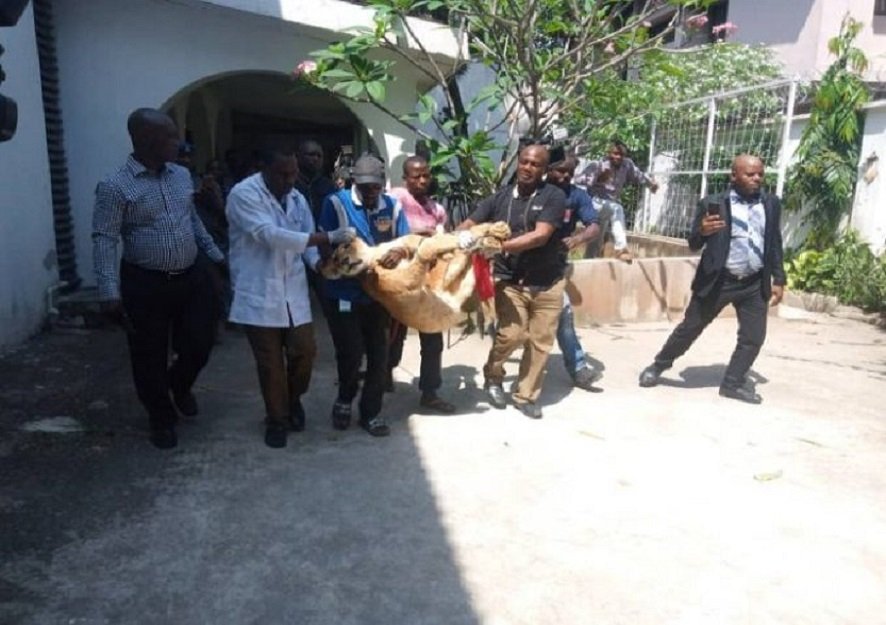 The two-year-old lion was discovered at a property opposite a school by a task force on Friday following the receipt of a filed petition to the state’s ministry of environment by residents.

The lion housed in a residential building at number 229, Muri Okunola Street, Victoria Island, VI, Lagos has been tranquilized and transferred to the zoo in Lekki.

“There is no cause for alarm to the people living in and around Muri-Okunola, Victoria Island as men of the agency and officials of the relevant state ministries evacuated the lion and was taken to one of the zoos in the state for proper habitation and tendering,” the chairman of the state taskforce, Chief Superintendent of Police, Yinka Egbeyemi, said.

Warning Nigerians to desist from harbouring such dangerous animals, he also assured residents that the owner of the lion will face the full rigours of the law.

“In as much as we appreciate residents around Victoria Island for their quick action, we urge every member of the public to be observant in their immediate environment and report any strange or unusual activity to appropriate government authority for prompt action,” CSP Egbeyemi stated.

The property owner who was found to be using a lion to guard the house is an Indian, according to local reports.

Apart from using one of the most dangerous animals in the world as a guard in the neighborhood, most worrying is the fact that a crèche and elementary school was right opposite the house.

The school management, as well as, residents in the area who were obviously agitated were deeply concerned about the safety of the school children but calm has been restored in the area.

The Nigerian police have invited the owner for questioning. 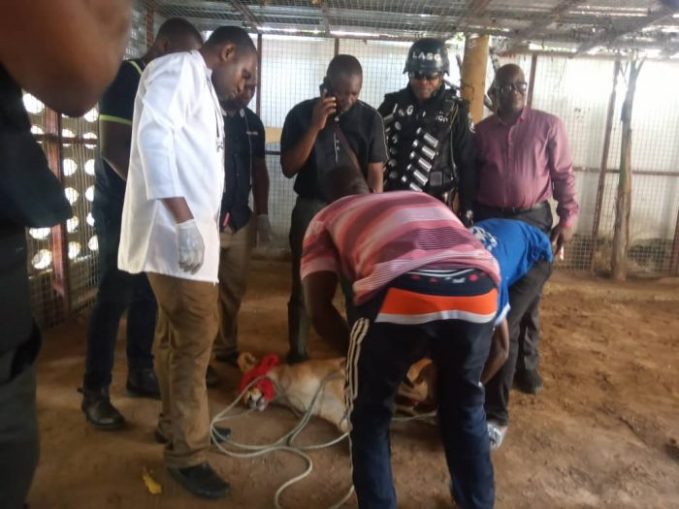