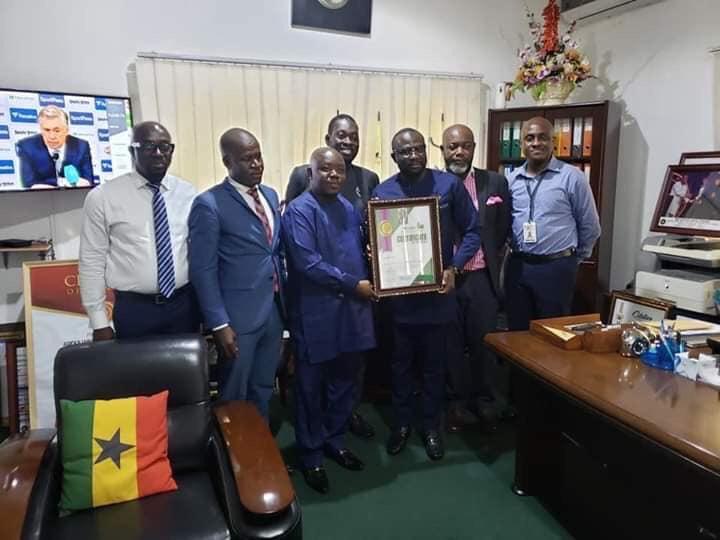 Chief Executive Officer of National Food Buffer Stock Company (NAFCO), Mr. Hanan Abdul-Wahab has said the biggest challenge for most African politicians has been to pass the integrity litmus test.

He has therefore advised politicians and persons seeking to offer public service to jealously guard and protect their integrity.

Mr. Abdul-Wahab was during speaking a brief ceremony in Accra when he received a Recognition Award from the Management of the Voiceless Media and Consult on Monday.

According to the Editor-In-Chief, Chief Akilu Shaibu, the Award is in recognition of Hanan’s transformative works at NAFCO since he became its CEO in 2017 as well as his contribution to humanity and the community of Bawku.

“Prior to your assumption of office, Buffer Stock was described as defunct and many Ghanaians were hesitant getting closer. Today, the story is not the same; you are helping manage food prices, buying from our own farmers and feeding our school children, thereby supporting the Free SHS to succeed”, Chief Shaibu said.

He also paid glowing tribute to Hanan for what he described as the impactful manner he has touched individual lives and the Bawku community through the provision of medical equipment including Ambulances and Hearse, support for education and encouraging religious and political tolerance among the masses.

Mr. Abdul-Wahab was grateful for the recognition and expressed appreciation to President Nana Akuffo Addo for giving him the opportunity to serve in his government.

He opened up for the first time about his decision to decline an invitation for him to contest the Bawku Central Parliamentary seat.

According to him, the decision was motivated by the need for him to help his sector Minister, Dr. Owusu Afriyie Akoto to carryout ongoing transformation works in the agricultural sector.

He said challenged his colleague appointees in the government to serve to the best of their abilities to enable the Nana Addo government succeed.

“ The alternative is scary, not promising and could destroy the future of our children”, he warned, adding that the government is on course and leaving nothing to chance in an effort to enhance the livelihood of Ghanaians.

Head of Operations at NAFCO, Mr. Kofi Amankwah thanked the Voiceless Media team for the gesture.