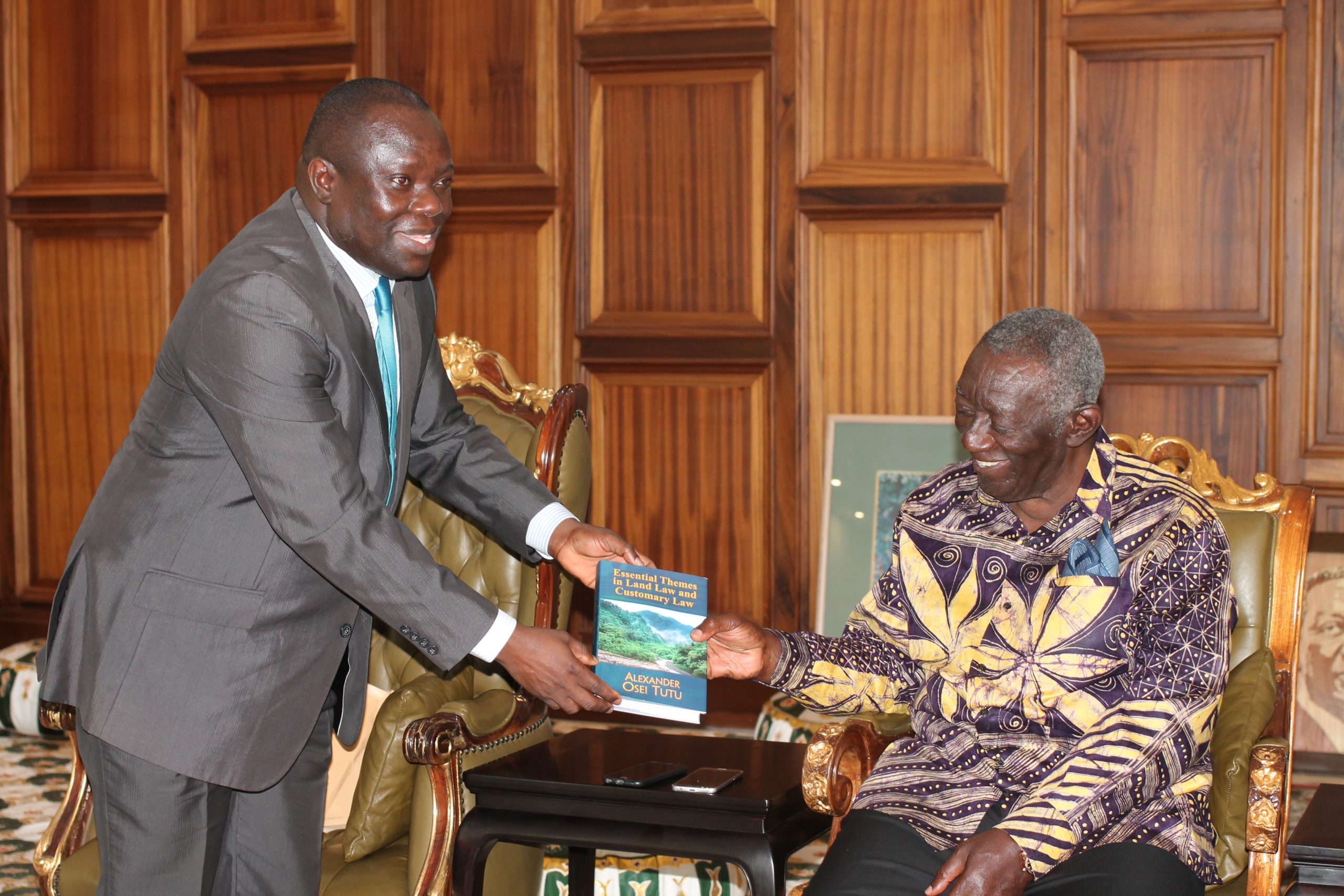 Former President John Agyekum Kufuor has called for action to address the difficulties involved in acquiring land, especially in cities and urban areas.

He said the rural-urban drift and the accompanying pressure on shelter in the cities, particularly Accra, had significantly shot up the value of land, leading to its pricing in American dollars.

Mr Kufuor said this when a Justice of the High Court of Ghana and The Gambia, Justice Alexander Osei Tutu, called on him at his residence in Accra last Wednesday to invite him to the launch of his book, “ Essential Themes in Land Law and Customary Law” which will be held on May 24, 2022, in Accra.

The book gives a detailed account of the important land law principles embodied in the Land Act 2020 (Act 1036) which have been applied and found in everyday courts to the understanding of lawyers and the general public.

The former President added that the introduction of the book was timely in the face of developments in the land sector.

Explaining,Mr Kufuor said the book would help tackle pertaining land issues such as the phenomenon of land guards who mostly took the laws into their hands to cause a lot of havoc.

Recounting Justice Osei Tutu’s journey in the legal profession, the former President mentioned his enrolment at the Bar in 2002 during his tenure as President of the country, and congratulated him on the strides he has made.

He said it was worthy of commendation how the judge apportioned time out of his busy schedule to research and write to update the public on the laws concerning customary and land issues in the country.

“Studying land and ownership of land, whether or not it is lease or freehold, becomes very crucial, and I am pleased and proud of the decision to release this book to build on our knowledge on an important topic,“ he said.

Justice Osei Tutu expressed appreciation to Mr Kufuor for the warm reception given him.

He described the former President’s support as a lasting motivation to work hard.

Later in an interview with journalists, Justice Osei Tutu stated that land was an essential concept that could not be done away with as it was paramount in the development of every country.

“I have been in the lands courts for many years and also been a land court judge, and I have realised that with the vast experience I have gathered, there is the need to bring the issue to bear so that my colleagues and the legal fraternity can benefit from the experience, “ he stated.

The Justice of the high court indicated that he had observed a disconnect in appreciating and applying laws which had been in existence in the colonial era with new legislation which had been introduced after the attainment of independence.

That, he explained, was due to the challenge of social structures not being permitting to adjust, hence the existence of laws in the system which had not been applied.

He said since many people found the legal concepts on land too complicated, he used practical ways such as making illustrations from the Bible to bring the land concept down to the ordinary people to understand.