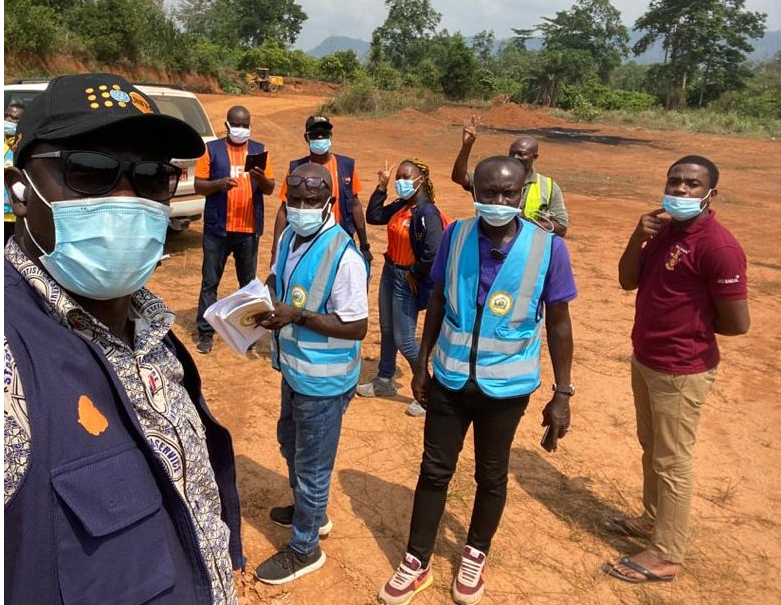 An enumerator assigned to the Dr Berko Area for the 2021 Population and Housing Census has shared his chilling experience with the Daily Graphic, stating how a landlord threatened to shoot him during the exercise.

The enumerator, assigned to the enumeration Area 181 in the Sunyani Municipality, who preferred to be anonymous said during the chalking stage of the exercise he was prevented to chalk the house of that particular landlord.

“When I went to the house, I met this landlord who told me he was a visitor and cannot thus provide me with any information”, the enumerator stated.

He said when he went there for the second time, he met a lady who said it was only his husband, the landlord, who could provide the necessary information.

“When the woman called her husband who was indoors, it turned out to be the same man who told me that he was just a visitor in the house”.

The enumerator said, “as soon as he came out and recognised me, he threatened that he would shoot me if I dared to write anything on his wall”.

“Go and tell the DCE that I will not allow you to write on my wall” was what the enumerator alleged the landlord told him.

According to the enumerator, when he stood outside the house to take the GPS coordinates the landlord stormed out to drive him away.

The enumerator said although he had reported the incident to his superior officers, he was yet to know the action that had been taken.

Asked whether he was able to enumerate occupants of that particular house on the last day of the exercise or not, he said he had not done so for fear of losing his life because of his previous experience with the landlord.

On whether or not he would be able to finish enumerating people in his assigned area, he said it was impossible because the area, with over 900 structures, had a large population.

When the Daily Graphic contacted the Bono Regional Director of the Ghana Statistical Service, Mr Amatus Nobabumah, he stated that the incident had not been notified.

“I will liaise with the Sunyani Municipal Officer to ascertain the veracity of the claim for the necessary action to be taken”, he stated.

Mr Nobabumah said it was necessary that people in that particular house should not be left out in the exercise since it would not enable the country to have the actual information the exercise sought to obtain.

Citizens are required by law to respond to census enquiries by the enumerators, failure of which such persons could attract a fine and/or a term of imprisonment.