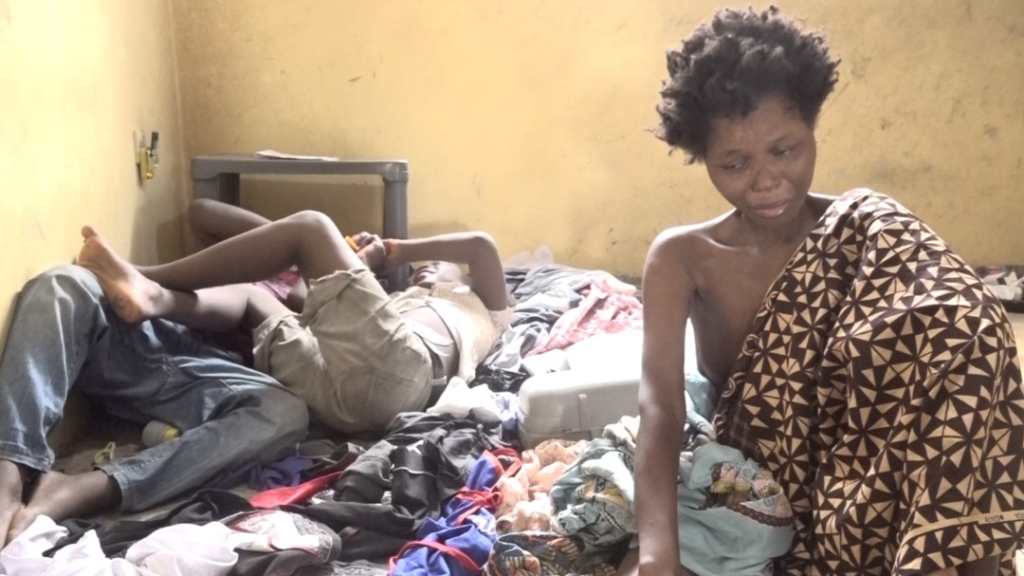 What could be worse than succumbing to a disease that would leave a breast ‘rotting’ without any financial strength to help yourself? Being dragged out of the only place you know as home.

Agnes Dogbe, 43, has cancer in her left breast, a condition that keeps worsening by the day because she is unable to afford the requisite treatment.

“My left nipple is totally gone. There’s a big sore,” she said.

The mother of two said they struggle to eat and keep the home as her health condition reaches a deteriorating stage with no help on the horizon.

But her landlord in Kasoa will have none of that because her rent has expired.

She said the landlord has taken the keys to her room demanding that she vacates because of her rotten breast stinks.

Abandoned by her family members, Agnes has nowhere else to go if the ejection materialises.

“I have no one to help me. My family has abandoned me. Even the father of my children is nowhere to be found,” she told Prime Morning host Daniel Dadzie on a visit her soon-to-be former home.

Her friend, Ceilia also explained that “A while ago I came with her to rent this apartment because she wanted to move. After she moved here, we lost contact for close to 5 months so I came to check on her. I saw the illness when it began but I had no idea it would get this bad.”

Agnes used to sell sachet water along the street to fend for her family. According to her, her busy schedule and the need to make ends meet distracted her from from the gradually swelling breast at the onset.

“When I realized it had grown big. I can’t say I noticed it at an early stage. As a mother, my priority is the upkeep of my children.”

Agnes needs help to treat her cancer but she also fears to lose her children if she goes into any form of treatment saying “I was afraid that if I let them see and I was admitted there would be no one to take care of my boys It’s constantly leaking fluid.”

“I was at Korle Bu when my swollen breast ruptured on its own. But I hid it from them.”

She added that: “We hardly had enough to eat. It’s out of the same meager funds that I tried saving to pay the children’s school fees. The father pays when he feels like it.”

“As we speak, I haven’t paid fees for four terms. If the school reopens today, I don’t know if they will be allowed back in,” she explained with tears her eyes.