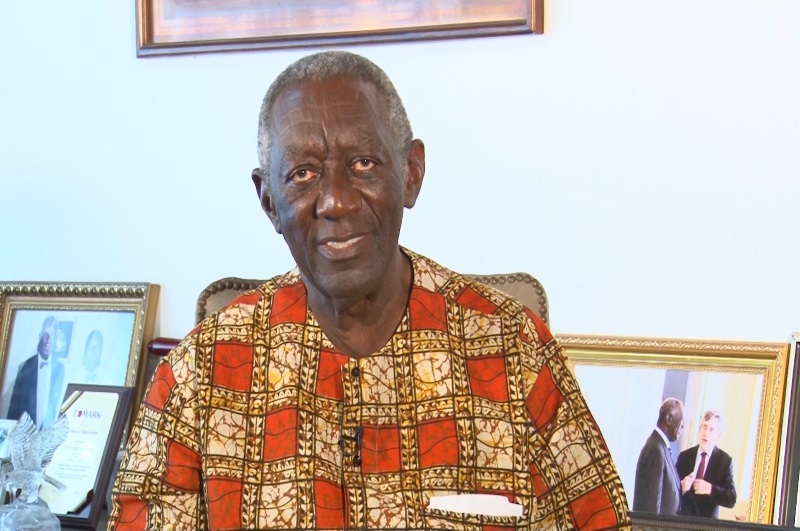 Former President John Agyekum Kufuor has likened late Ayawaso West Wuogon Member of Parliament, Emmanuel Kyeremanteng Agyarko to a family member whose ties with him dates back to the 1960s.

According to him, apart from living in the constituency of the late MP, he was very close with him, explaining that he knew the late MP since his childhood days.

The former president who was speaking on Accra based okay Fm a while ago said he has known the entire Agyarko family and that the children have taken after their father who was a stalwart in the UP political tradition.

‘’Between 1965 and 1966 when I returned from the UK as a young lawyer, I used to visit their home to discuss with their father. He was a democrat who believed in Ghana and I learned a lot from him. Their mother was also a teacher and I knew all of them very well from day one’’ he said.

According to the former president, the late MP dedicated his everything to the cause of his country and that he served the country well, from the when he (former president Kufuor) appointed him as the Chief Executive Officer of the Food and Drugs Authority.

‘’My wife and I have been mourning since last night when the news broke. I didn’t even know he had gone to the USA for treatment. I pray that the good Lord receive him into his bosom. It should also be a lesson to us who are living, because we are all in the queue and will go one day’’ he added.