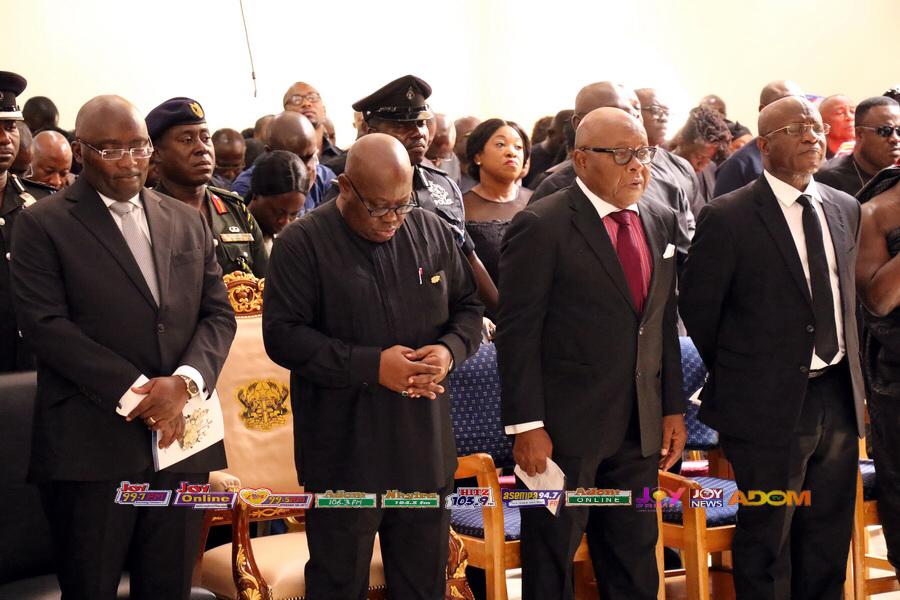 It was a great scene to behold at the memorial church service for the late Member of Parliament for the Ayawaso West Wuogon Constituency, Emmanuel Kyeremanteng Agyarko as Members of Parliament from both the ruling New Patriotic Party (NPP) and the opposition National Democratic Congress (NDC) thronged there to observe the one week of his passing.

Leaders from both sides were present at the church Service which also saw president Nana Addo Dankwa Akufo-Addo and Vice President Dr. Mahamudu Bawumia in attendance.

The service was held at the Grace Congregation of the Presbyterian Church at West Legon.

The atmosphere was solemn and devoid of the usual political bickering that is typically known for the Majority and Minority sides.

They gelled and bonded in unison and with a common purpose, to mourn a fallen colleague.

They were united in their conviction, that politics aside, there are several other things that bind them together as politicians.

The late MP met his untimely death while recuperating from a corrective surgery he had undergone in the United States of America.

He died on Wednesday 20th November 2018. The family is yet to fix a tentative date for his funeral, but is has been suggested that it be slated for the 19th or 26th of January 2019.