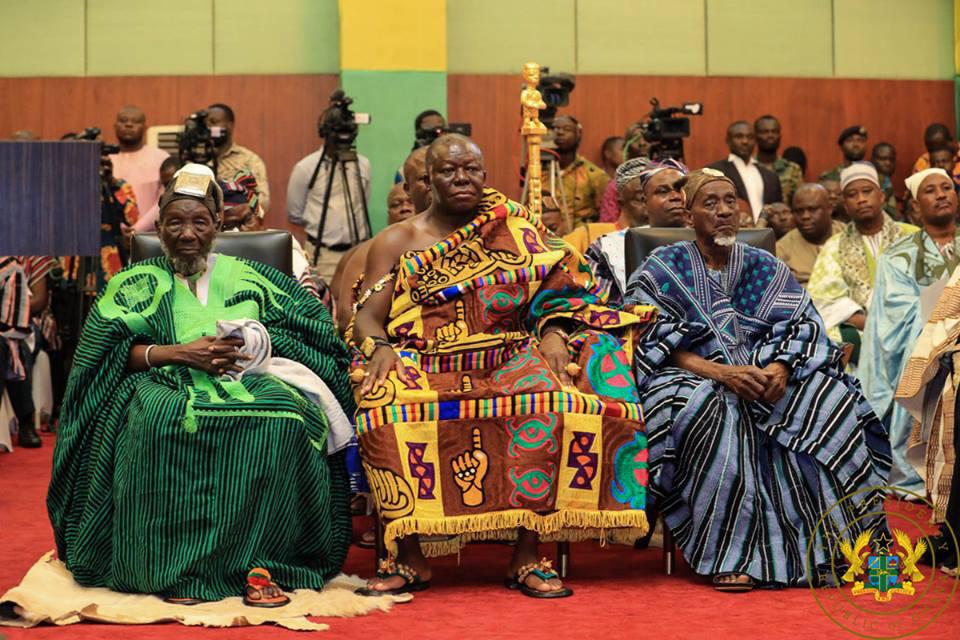 The Asantehene, Otumfuo Osei Tutu II has indicated that the roadmap reached for the resolution of the Dagbon crisis was purely based on the customs and traditions of Dagbon and was not influenced by any politician.

The Asantehene who is the chairman of the committee of eminent chiefs appointed by government to help resolve the Dagbon crisis was emphatic that the work of the committee was sacrosanct and devoid of any political machinations.

Otumfuo Osei Tutu II was speaking during the presentation of the roadmap that will lead to lasting peace in the Dagbon state to the president, Nana Addo Dankwa Akufo-Addo at the Jubilee House last week.

He said ‘’let me put it on record that at no time has any president or political party brought any influence at all on this committee.  None of them, you have not brought any pressure on us to resolve this, president Kufuor didn’t do that, president Mills didn’t do that and I wouldn’t allow, for sure they know I would never allow anyone to bring pressure on me to settle issues whether the president likes it this way or not, that no one can force me to. So we have come to this conclusion based on the customs and traditions of Dagbon and we want to assure you that we still will continue through that till we get a new Ya Naa’’.