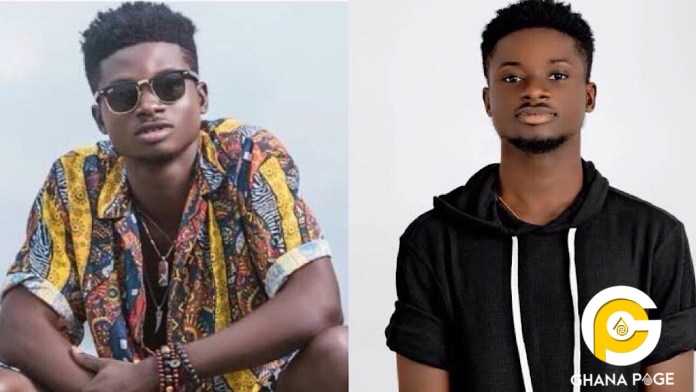 Lynx Entertainment signee, Kuami Eugene has recounted a crazy experience he had with some female fans.

According to the “Confusion” hitmaker, he has been harassed on stage on several occasions by some obsessed female fans

Kuami Eugene disclosed how a fan kissed him on stage during a performance which was really unexpected.

The young talented musician also revealed that after his performance at a girls’ school, his manager had to forcefully get him off the stage as the girls were touching him inappropriately.

“A fan kissed me on stage, I was singing right in front of her and the next thing I knew she held my head and planted a kiss. I went mute because it was unexpected.

I went to another girls’ school and it took the effort of my manager to get me off stage. The girls were so clingy and they were touching me inappropriately”, Kuami Eugene indicated.

According to Kuami Eugene, he has encountered a lot of this harassment by female fans, especially on stage.