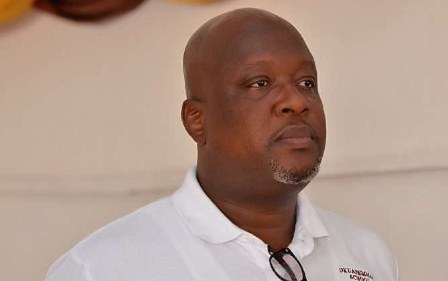 A third stream of income has been outdoored by the Kokrokoo Charities Foundation (KCF) to solicit for funds towards its ‘Project 100’ initiative, a social intervention aimed at saving pre-term babies.

Christened ‘Spin for a Cause’, contributors of the new fundraising initiative would be required to buy a scratch card from a cedi to GHȼ50, which they would scratch to reveal the hidden gifts.

The initiative, which is jointly being undertaken by KCF, Jumia, National Lottery Authority and Stanbic Bank, would reward donors with gifts, including kettle, electric iron, smartphones, a car, and flight ticket.

Mr Kwame Safa Kayi, President of Kokrokoo Charities Foundation and a radio presenter at Peace FM, who outdoored the initiative in Accra, said through the first two streams of fundraising; namely, the corporate donation and short code, 31 incubators had been procured, installed and handed over to hospitals across the country.

In the coming days, he noted, four additional incubators would be given out to health facilities, and urged Ghanaians home and abroad to help build a more socially committed and caring attitude towards newborn health.

Mr Safa Kayi said Project 100 aims to purchase and donate 100 infant incubators to hospitals across the country by the end of 2019, and appealed to the public to support the initiative.

Mr Sefa Kayi said through the project, “I pray to give mothers hope and keep children alive while generating considerable empathy and funds from the general public and corporate world in support of newborn health”.

On the next step after Project 100, he said the foundation would focus on soliciting support for the expansion and retooling of the Neonatal Intensive Unit of the Cape Coast Hospital.

The project was initiated in 2014 with the goal of raising funds to purchase a total of 100 incubators for health facilities across the country.

He thanked organisations and individuals who have generously given towards the project, adding that within the next five months, “we hope to meet 50 per cent of our goal, thereby increasing the beneficiaries of Project 100 – hospitals with neonatal intensive care units – across Ghana to drastically reduce pre-term deaths”.