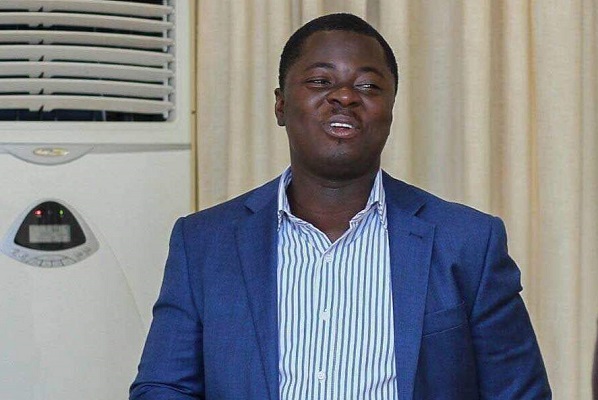 President Nana Addo Dankwa Akufo-Addo has appointed the Deputy Director of Communication at the Presidency, Kofi Baah Agyepong as the Chief Executive Officer of the Youth Employment Agency (YEA).

A letter dated August 9, 2022, and signed by the Secretary to the President, Nana Bediatuo Asante said Mr Agyepong’s appointment takes effect from August 10, 2022.

He replaces Mr Justin Kodua Frimpong, who resigned to take up his role as the General Secretary of the governing New Patriotic Party (NPP).

“Further to the resignation of Justin Kodua Frimpong as the Chief Executive Officer of the Youth Employment Agency and in accordance with Section 12(1) of the Youth Employment Agency Act, 2015 (Act 887), the President has appointed you to act as Chief Executive Officer of the Agency, pending receipt of the constitutionally required advice of the governing board of the Agency, given in consultation with the Public Services Commission,” the letter shared by the Director of communications at the office of the President, Eugene Arhin read.

Mr Agyepong is to indicate his acceptance or otherwise of his appointment within 14 days of receipt of the letter. 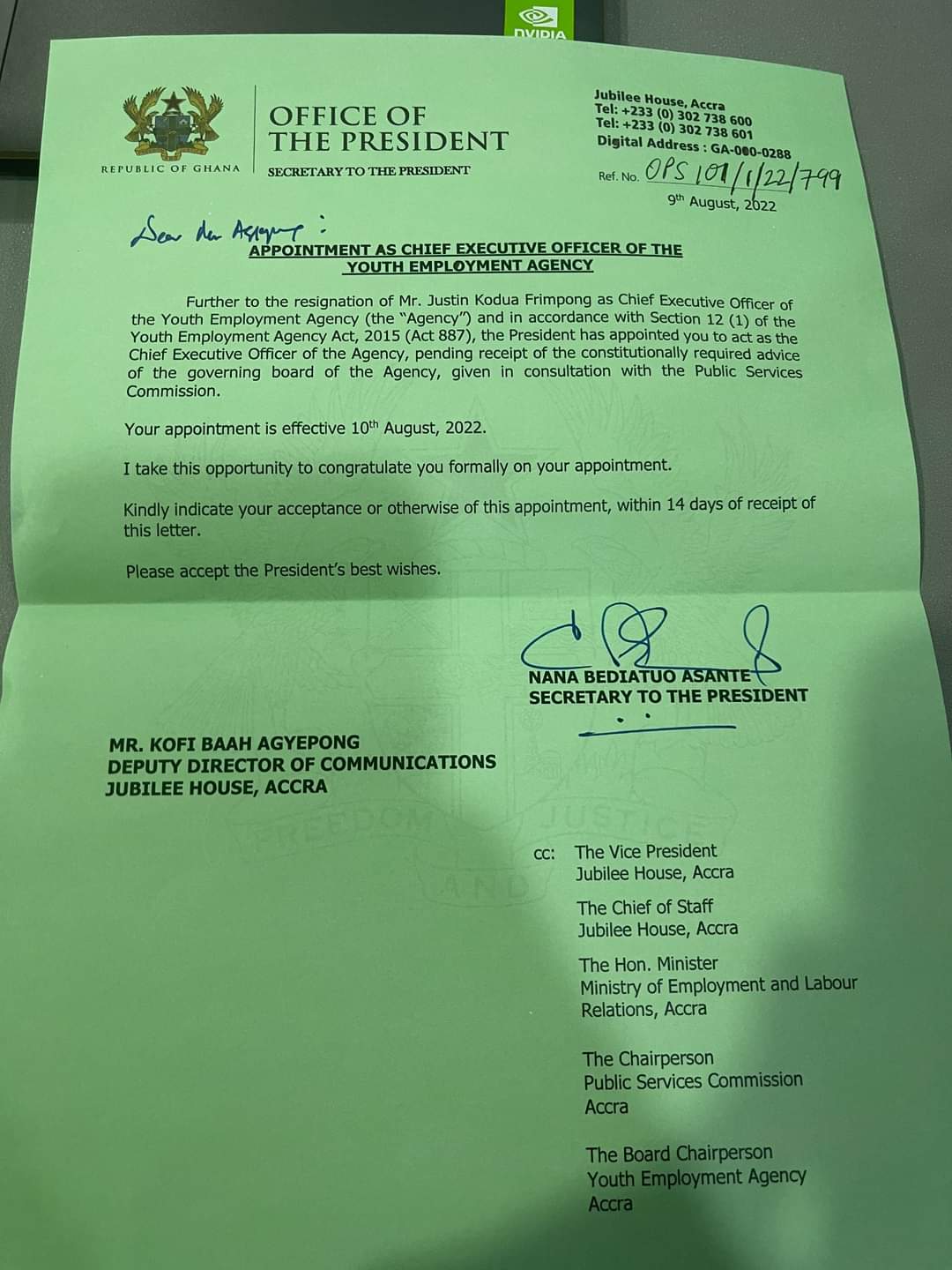