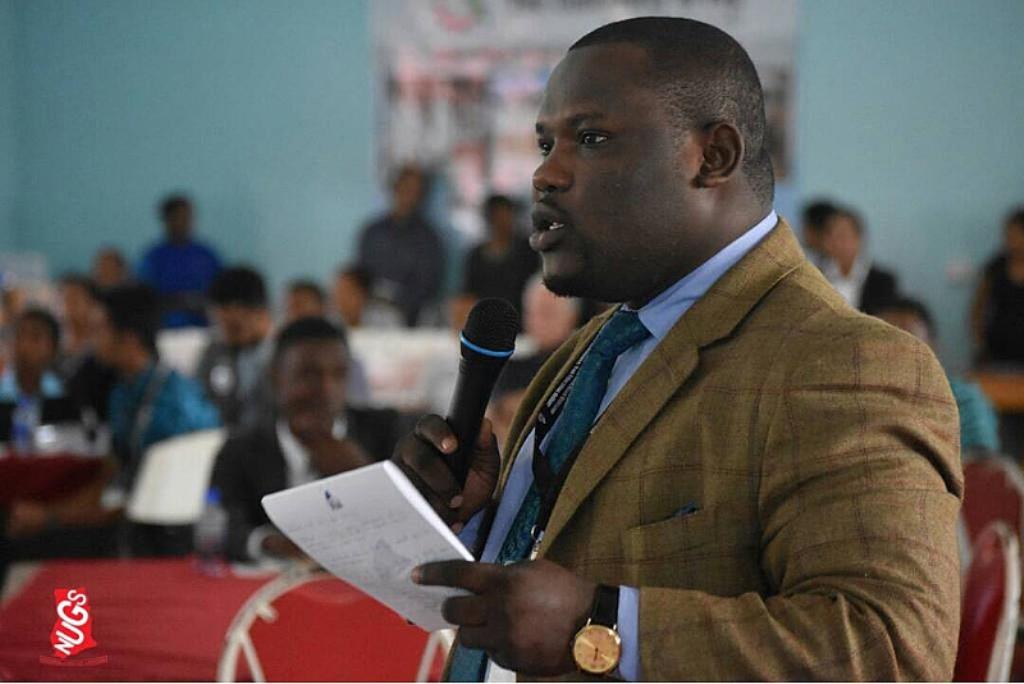 President of the National Union of Ghana Students (NUGS) Elisha Oheneba Essumang has served notice of their support to the agitated and aggrieved students of the Kwame Nkrumah University of Science and Technology (KNUST), warning that they will never back down until the grievances of the students are addressed.

He minced no words in lampooning authorities of the school, accusing them of being the cause of the disturbances on the campus yesterday.

According to him, giving the schools’ security detail the freedom to manhandle the students and molest them in the manner in which they did, smacks of lack of a sense of direction on the part of the university Authorities.

‘’Can you imagine the brutality unleashed on the students by the security guards in the school? Imagine that these young men and women were you siblings. To the extent that you hit someone’s head with an object and you see blood oozing out? What kind of security guard will do that and on whose authority did they do that? They are supposed to take care of the students and not to unleash such inhuman treatment on them’’ he said on an Accra based radio station and monitored by BestNewsGH.com

He said the union is in full support of the action of the students, in as much is it is regrettable, adding that they want full sanctions to be taken against the Vice Chancellor of the school and other senior management officials.

He commended effort by government through the Ministry of education to resolve the matter, urging that the Minister’s meeting with the various parties this morning must fast-tracked and a solution arrived at urgently.