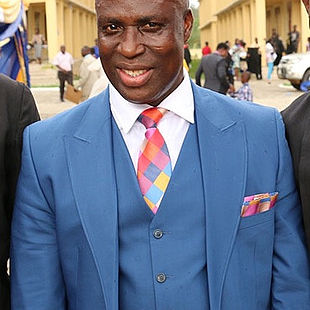 Information available to BestNewsGH.com indicates that the Owner of Kumasi based Kessben Fm, Kwabena Kesse, popularly known as Kessben has indefinitely suspended one of his most experienced presenters, Omanhene Yaw Adu Boakye for exposing corrupt practices of the Chief Executive Officer of the Komfo Anokye Teaching Hospital Dr. Oheneba Owusu-Danso.

This website’s investigations reveal that the businessman who also owns a chain of other businesses including Kessben Travel and Tours and Kessben Driving school among others is a close associate of the Komfo Anokye Teaching Hospital Chief Executive Officer and did not take kindly to it when the seasoned broadcast journalist revealed and outlined the corrupt practices of Dr. Oheneba Owusu-Danso on air.

BestNewsGH.com can confirm that the letter of suspension was handed to Omanhene Yaw Adu Boakye on Monday, November 12, 2018, a decision that has shocked many staff and colleagues of the presenter, as they believe the action was absolutely unnecessary.

One of them who spoke to this Website said ‘’we are all surprised at the action taken against Omanhene. It was least expected. We see nothing wrong with what he did. Our job is to play a watchdog role and if he has gone out of his way to investigate, gather evidence and expose a corrupt official, you suspend him indefinitely? How is that? Because the person involved is your personal friend? It is sad indeed.’’

Sources indicate that the experienced and versatile morning show host has since compiled with the directive to go on the indefinite suspension, while hoping that the decision would be reversed within the shortest time possible.

Indications are that the leadership of the Ashanti Regional branch of the Ghana Journalists Association are lacing their boots to launch an independent investigation into the matter and to see how best they can resolve the impasse.

This website will in the ensuing days come up with details about the corrupt practices of the Chief Executive Officer of the Komfo Anokye Teaching Hospital.