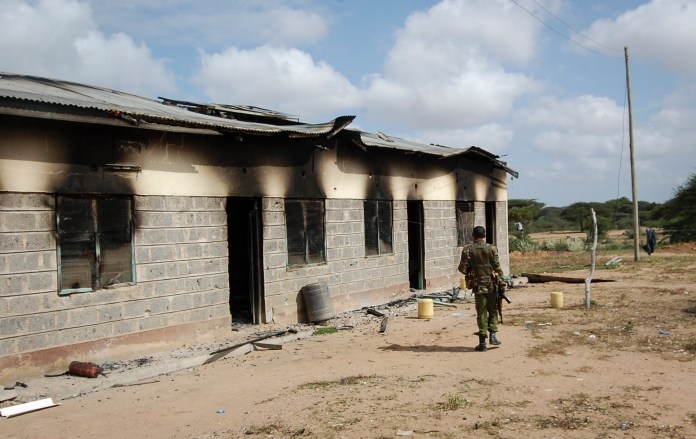 A teachers’ union in Kenya has threatened to evacuate its members from an area where three teachers were killed on Monday morning if the government does not improve security.

The deadly attack happened in Kamuthe in Garissa county. A telecommunications mast and a police camp were also targeted. The teachers who died were not from the area.

The Secretary-General of the Kenya National Union Teachers (Knut), Wilson Sossion, is quoted in the Standard newspaper as saying that deploying teachers from other parts of Kenya to work in the region near the attack “was not the right thing at all”.

The government has promised to restore security after the threat, the Daily Nation newspaper reports.

No-one has said they carried out the attack but the Islamist al-Shabab militants have been active in the area.

Six suspected al-Shabab attacks have taken place in Kenya over the last month, including one on a military base that left three US military personnel dead.

Al-Shabab researcher and policy adviser Abdullahi Halakhe told BBC Newsday that the group was creating a potential conflict between the locals and government workers not from the region.