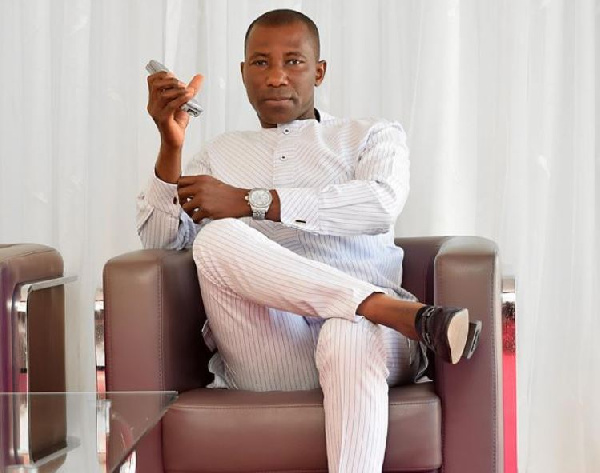 Former board and management member of Kumasi Asante Kotoko, Kennedy Agyapong, who is popularly known as Kenpong, has advised management of the club to handle striker Sogne Yacouba’s contractual challenges with finesse and sensitivity.

The astute business man, who served in the Herbert Mensah led management in 1999, and contributed significant amount of money, running into billions of Cedis at the time, is of the opinion that the Burkinabe attacker possesses all qualities of a modern-day striker.

Speaking to journalists at his plush residence at the airport residential in Accra, Kenpong likened Sogne Yacouba’s situation to that of former Kotoko hero, Baba Adamu Amando, who in spite of his off-field troubles and antics, was handled professionally by then management.

During Baba Amando’s time at the club, there were reports of him making demands for extra benefit, but Herbert Mensah with the able assistance of Kenpong and other members “steered the ship very well”.

“Baba Amando was a fan favorite at the time. He pulled a lot of crowd and the people liked him so much. And as a good player as he was, he made extra demands, but we dealt with the situation so well to extent that it never affected the playing body.

“Let me be honest with you, in Amando’s case, he will request for a customized football boots which Herbert Mensah will not hesitate to order from London before big games. After games Herbert will say Kennedy take care of him and that is in dollars.

“He will request for dollars for his bonus, that is typical of a player of such caliber. It is normal in football. George Amoako was around at the time, he knows.”

Kenpong also commended current Kotoko CEO Kwame Kyei for the transformation he has brought to the club. He is confident that under Kwame Kyei, Kotoko will win domestic and continental trophies.

In 1999 Kenpong was selected to assist then chairman Herbert Mensah steer the affairs of the club.

He also served as a board member in the PV Obeng-led administration.

“Dr Kwame Kyei is a yeo-man’s job at Kotoko, but he must calm down and address the striker’s situation with extreme caution because he is a talented player.

“Supporters of the club want results at the end of the day, so if you have a player of such quality you must do everything possible to keep him,” Kenpong added.