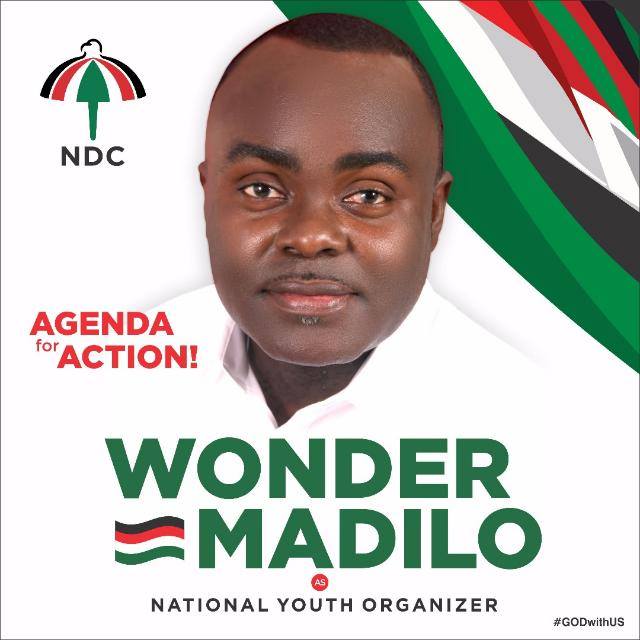 The name and face of National Democratic Congress youth organizer aspirant Wonder Madilo will be on the ballot paper that would be issued to delegates in November when the opposition party goes to congress to elect new national executives.

The NDC vetting committee in September crashed out the dreams of two of its national youth organizer aspirants, Wonder Madilo and Elikem Kotoko from contesting the elections.

The two were both disqualified for not meeting the “selection criteria” set in the party’s constitution ahead of the November vote.

The disqualification left Brogya Genfi and George Opare Addo as the only contenders for the position.

However, Wonder Madilo filed a case through the appeals committee of the party to strike out the earlier decision of the vetting committee which disqualified him from the race.

Today, the appeals committee has in a unanimous decision upheld Wonder Madilo’s request and have subsequently cleared him to contest the election.

A letter which is in possession of BestnewsGH.Com and signed by chairman of the NDC appeals committee, Hon. Cletus Avoka admonished Wonder Madilo to link up with the electoral committee of the party to have his name and photos included in the ballot paper for the election.

Below is the letter from the committee. 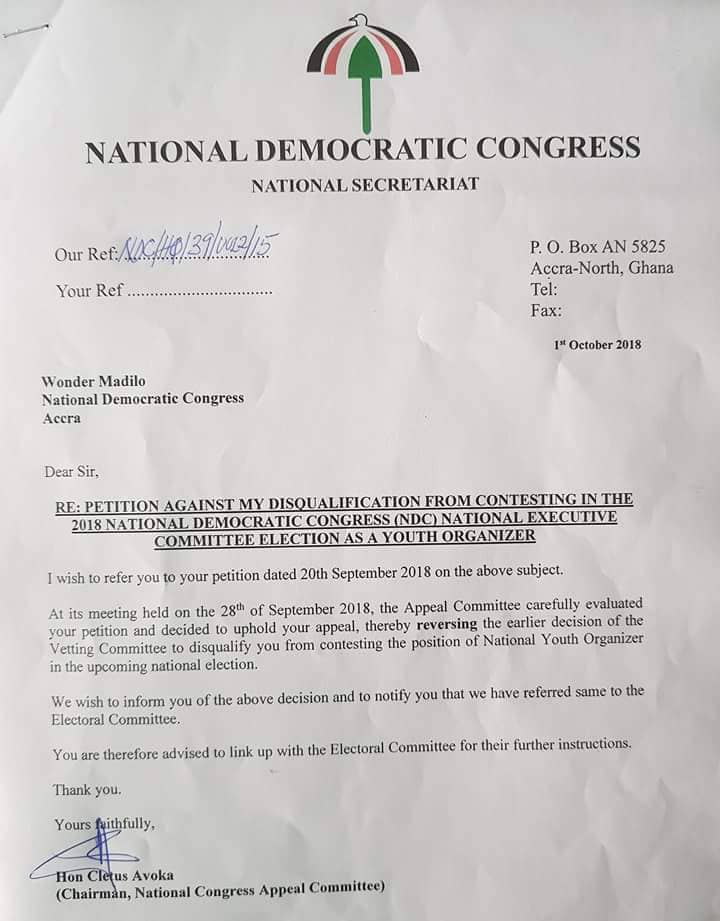