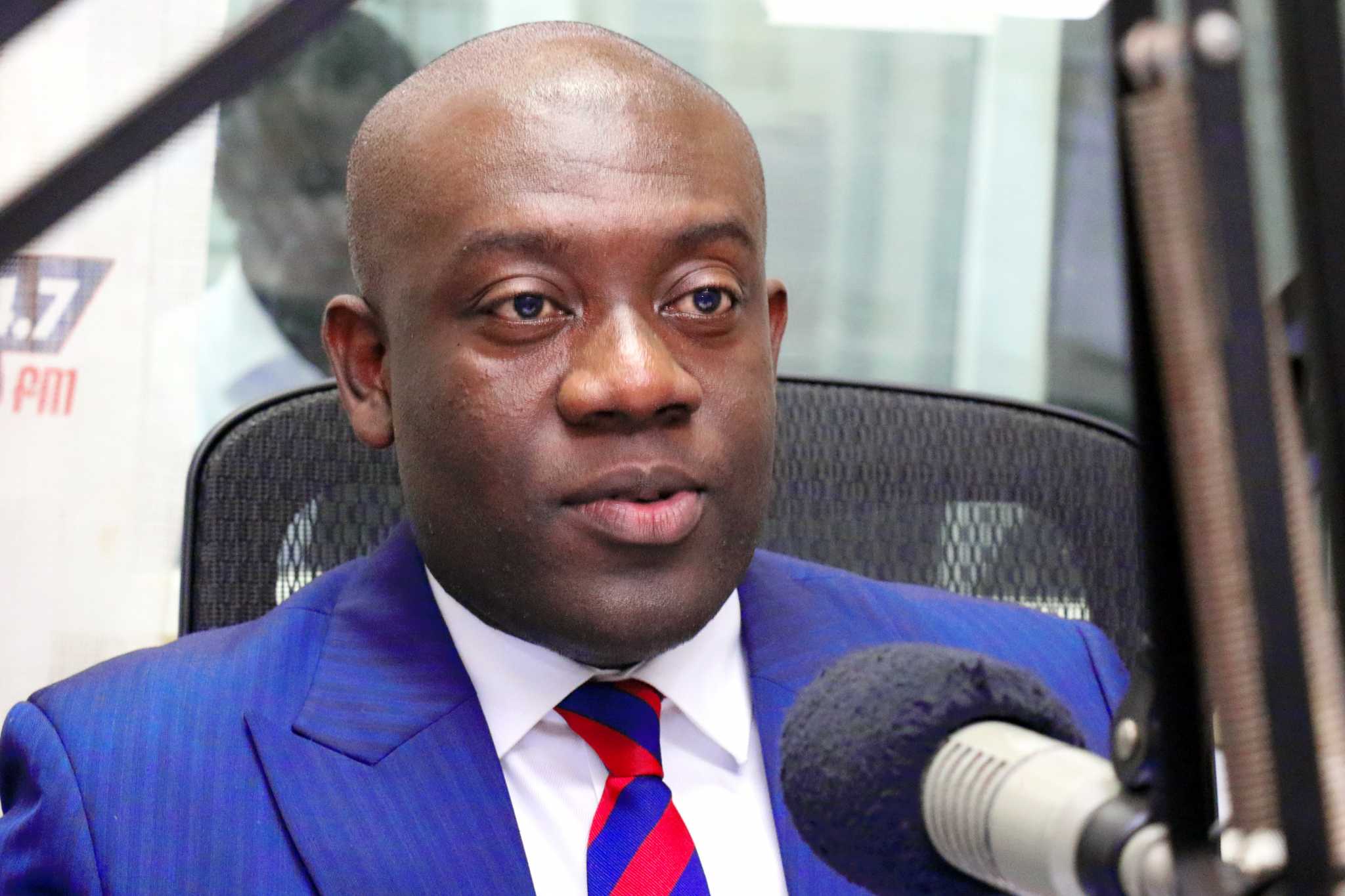 It has been agreed by all stakeholders in the Digital Terrestrial Television (DTT) migration project that independent company, Central Digital Transmission Company Limited should be the one to manage and operate the infrastructure for the DTT.

According to the statement which has been intercepted by BestNewsGH.com, the parties have also agreed to continue with engagements as the project proceeds, with a slated meeting due in 4 weeks.

See below, the full statement issued by the Ministry of Information. 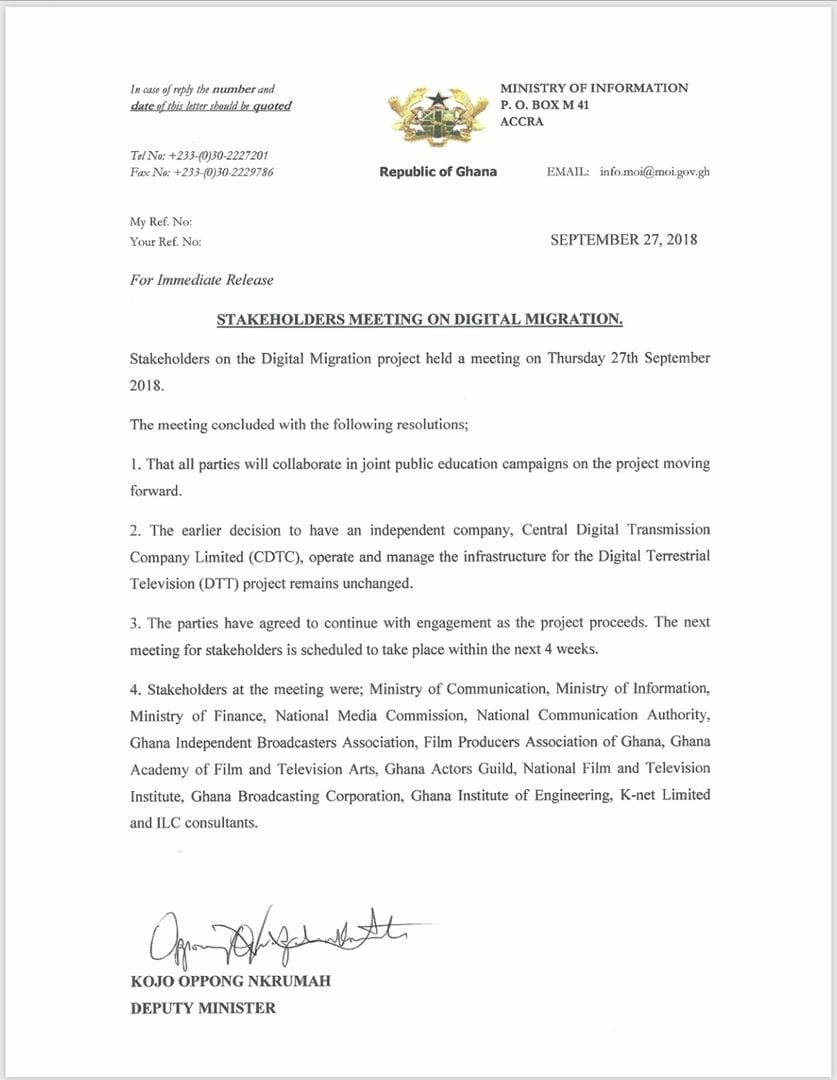