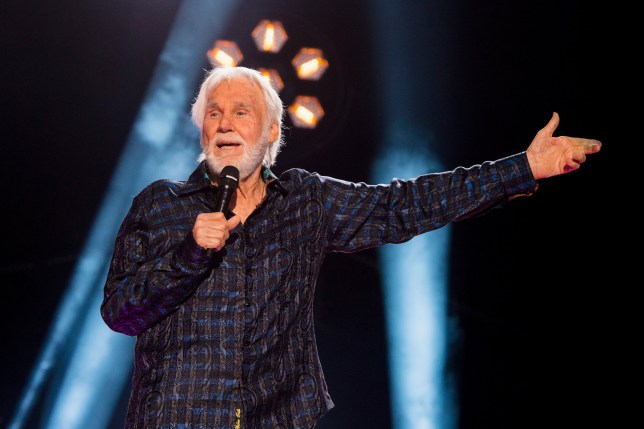 Country music icon Kenny Rogers has died at the age of 81. His family confirmed the sad news in a post on his social media, writing:

‘The Rogers family is sad to announce that Kenny Rogers passed away last night at 10:25PM at the age of 81. ‘Rogers passed away peacefully at home from natural causes under the care of hospice and surrounded by his family.’

Due to the coronavirus pandemic, a private service will be held in his memory, with a public memorial being planned for a later date.

Tributes have been pouring in for the star, with one fan writing: ‘I grew up listening to. Kenny Rogers, this is too much. One of the GOAT vocalists. I can’t take it. RIP.’ ‘Such sad news to hear of the passing of Kenny Rogers at 81.

His was a voice and personality that entertained us for generations,’ another wrote. ‘ He’ll be sorely missed. RIP Kenny Rogers.’ The Rogers family is sad to announce that Kenny Rogers passed away last night at 10:25PM at the age of 81. Rogers passed away peacefully at home from natural causes under the care of hospice and surrounded by his family. https://t.co/adxAgiMW2s pic.twitter.com/nggWiiotMT— Kenny Rogers (@_KennyRogers) March 21, 2020 One more said: ‘We lost the real Gambler. Rest in peace.’

Kenny was best known for his hits including The Gambler, Lucille, and Coward Of The Country, winning three Grammy Awards during his career. He began his career back in 1950, recording with Jazz singer Bobby Doyle, and joined The New Christy Minstrels in 1961.

His first major hit, Just Dropped In (To See What Condition My Condition Was In), was with his group The First Edition, before he embarked on a successful solo career. During his time, he collaborated with the likes of Dolly Parton and Sheena Easton, and was well-known for being a pioneer country-pop crossover artist.

‘And so I did songs that were not country but were more pop. Nowadays they’re not doing country songs at all. What they’re doing is creating their own genre of country music. ‘But I told somebody the other day, country music is what country people will buy. If the country audience doesn’t buy it, they’ll kick it out. And if they do, then it becomes country music. It’s just era of country music we’re in.’ Kenny retired from touring in 2017, after a 60-year career.