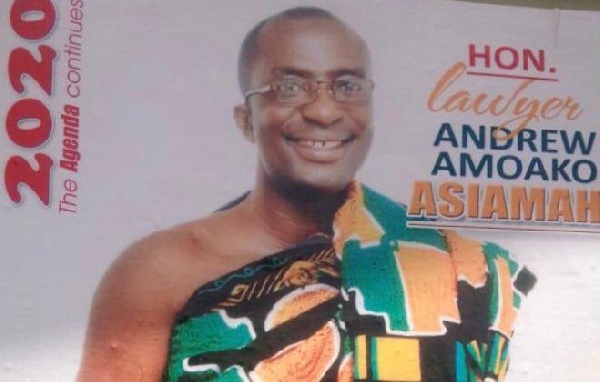 A deep throat source within the executive leadership of the party in the region revealed to this portal that through a series of deliberations by high ranking executives of the party and the independent parliamentary candidates and their representatives, an agreement have been reached by these parliamentary candidate hopefuls who are believed to have some affiliations to the NPP party to step down and throw their weight behind the NPP candidates in their various constituencies.

Our source that spoke on condition of strict anonymity, revealed that Eric Osei of the Asokwa constituency, Kwabena Osei Bonsu of the Ahafo Ano North constituency, Lawyer Akwasi Agyemang Amofa of the Bekwai constituency and Hon. Andrews Amoako Asiamah, the incumbent MP for Fomena are the list of persons who through their representatives submitted their agreement letter communicating their decision to step down to the regional executives of the NPP party yesterday, December 5.

One would recall that the president upon his visit to the Ashanti region emphatically declared he is not ready to work with any NPP party member that defies the party’s condition and contest as an independent or supports an independent candidate ahead of the polls.

Your election command portal is keenly following the leads of this developing story for further updates.