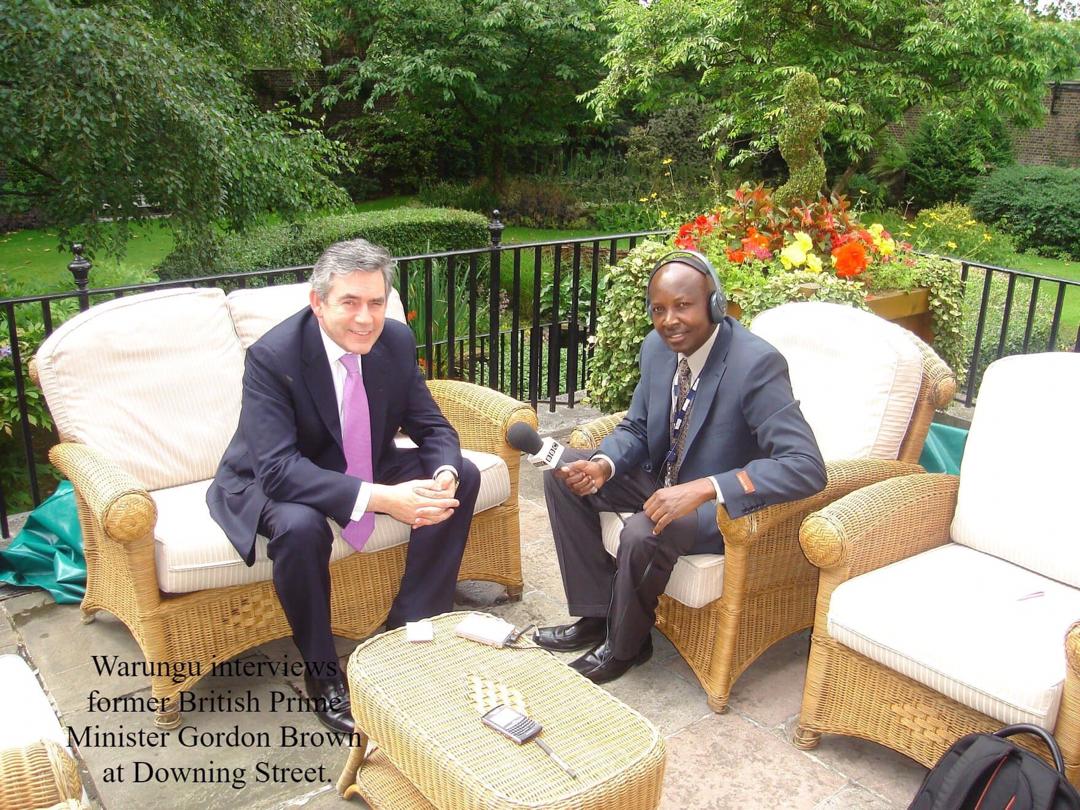 When I left the BBC, one of the biggest challenges I faced was finding an to answer the question, ‘Who am I?’

My decision to end my 20-year career with the world broadcaster, took many people by surprise. Almost everyone I met thought I was crazy to leave such a prestigious job with one of the best media employers in the world. Only my mother understood my mind. “I know you know what you’re doing,” she said. And I did.

I was very clear that I wanted to return to Kenya and start my own media production and training company. But when, for the last time, I walked out of Bush House – the then headquarters of the BBC World Service in central London – I was hit by identity crisis.

This first came to light when I was invited to give a briefing on Africa to a group of diplomats in the UK. After agreeing to attend the event my host asked me “So how should I describe you on our programme?”

By the time the words ‘former BBC…” were used it felt like professional bereavement. It became clear to me why African presidents hold on so tightly to power even when their mandates were long gone. Power and influence are addicting. When they slip away, life itself can seem to ebb away.

Long before the world had perfected voice and face recognition technology, the software was already installed in me. Right from the start of my radio and tv career in the mid-eighties I was granted access to privileged people and spaces by virtue of my work. I would be obediently queuing for a service or entry somewhere and as soon as someone in charge recognized my voice, they would grab my hand “hey, I know you! You can’t stand in line…please follow me!” I had free access to many members only clubs in Nairobi and was prevented from footing my own bills on many occasions.

But to survive this long in journalism I’ve learnt one thing: no matter how many presidents or influential people I interviewed I was not head of state. I was not a CEO. I was not an elected official.

I was simply a journalist – an ordinary citizen put in a position of trust by the people who sacrifice their time to read, listen to or watch our news programmes.

The privileged access I have or had is so that I can be the independent eyes and ears of my fellow ordinary citizens who cannot be there in person to ask their questions. They expect me to speak their thoughts and not to allow the trappings of power around me to colour my judgment or my reporting of those situations.

When a politician gives you access, they are exchanging it for access to your readers or viewers. It’s never a favour. And it’s never an invitation to share their power with you.

I’ve seen many journalistic careers come tumbling down and people fall into depression and alcoholism the moment they lose their influence or leave the profession and can no longer access the high and mighty.

That’s because they go it twisted. You may mingle with power but you’re not the power.

Well, I’ve tried unsuccessfully to recreate my identity separate from the BBC. Wherever I go in Africa people always refer to me as ‘that BBC guy’, even though I left formal employment with the corporation nine years ago. So, I’ve decided to declare a unilateral identity ceasefire with the organisation and accept that I may leave the BBC but I still have to live with it.