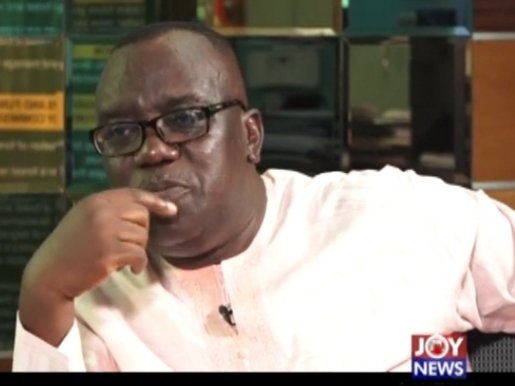 Chief Executive Officer of the Forestry Commission, Kwadwo Owusu Afriyie, popularly known as Sir John says the bones that former president John Mahama spoke about when he made reference to the bad economic situation the country had been grinded into powder and used to prepare Tuo Zaafi.

According to him, that is what accounts for the poor economic situation in the country, saying Ghanaians must blame the NDC for the current hardship in the country.

Speaking on Accra based Asempa Fm’s Eko Sii Sen talk-show programme, the former General Secretary of the NPP said the difficulty faced in paying the allowances of youth who have been employed under the youth in afforestation module of the Youth Employment Agency timely, is occasioned by the bad economic management of the country by the John Mahama led administration.

Sir John opined that government has worked hard to ensure that some of the arrears in terms of allowances due the youth are paid.

He revealed that 20 Million Ghana Cedis is spent every month in paying the allowances of the youth in afforestation module, adding that the commission with assistance of the youth has planted 10 Million trees each year and that the trend was going continue.