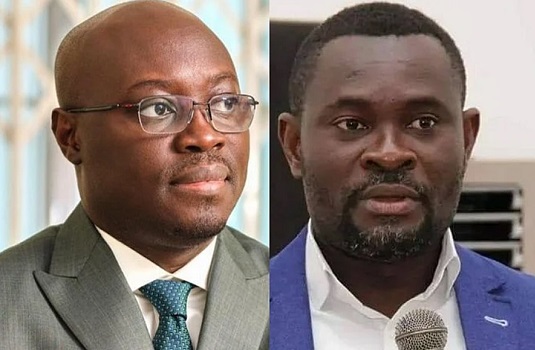 The Ranking Member on the Finance Committee of Parliament, Dr Cassiel Ato Forson has predicted that 2022 will be a year of economic misery and inflation, urging Ghanaians to brace up for difficult times.

In a Facebook post, Dr Forson also projected that the prices of goods will increase by at least 30% and the exchange rate would plummet to one US dollar trading for seven cedis by the end of the year.

“Fuel prices set to go up by 18 pesewas this week is likely to go up again on account of a weak cedi,” Mr Forson posted

“Multiplicity of taxes and Levies to take effect by End of January 2022.

“Interest Rates likely to go up again. Government will be borrowing heavily from the domestic market since the Euro bond market is closed to Ghana for, at least, the first half of 2022”.

However, a Deputy Finance Minister, John Kumah, has criticised Dr Forson’s negative outlook of the economy, which he says were not supported by any data.

“Often, you expect those who are well informed about development in this economy to speak the truth backed by facts,” Mr Kumah posted in response to Dr Forson’s Facebook post.

“It unfathomable to think that a former Deputy Minister of Finance could be this pessimistic, speculative and propagandist on important issues concerning the economy of Ghana. It is therefore important I state categorically that all the speculations by Hon. Ato Forson are his own creation and are not supported by data”.

According to him, despite the impact of the COVID-19 pandemic, the government expects the economy to grow by 4.9% in 2022.

He also refuted Dr Forson’s predictions on inflation and the exchange rate.

“It is not true that prices of goods are to increase by circa 30% as Hon. Ato is speculating. There is no evidence to back this speculation,” he posted.

“On the cedis performance, I’m surprised at Ato’s submission. As at end December 2021, the cedis had depreciated by 3.63% compared 3.93% same time 2020. This represents one of the lowest depreciation seen in the currency in the last decade. The Pound has only deprecated by 1.64% compared to 7 08% in 2020. The cedi as at end December 2021 had APPRECIATED against the Euro by 4.48%. Certainly, it is out of place to speculate about a currency with this sterling performance. Government is confident that the cedi will hold against the major trading currencies in 2022 given all the innovative currency management policies introduced including the forward auction.

“On fuel, it is important to state that Hon. Ato’s opinion on potential increase in fuel is not supported by any data. Indeed, the Office of President on 31st December 2021 directed the Ministry of Finance to extend the withdrawal of Price Stabilisation and Recovery Levies on Petrol, diesel and LPG for additional one month. Though fuel prices response to a number of factors, Government is determined to cushion consumers as and when necessary”.