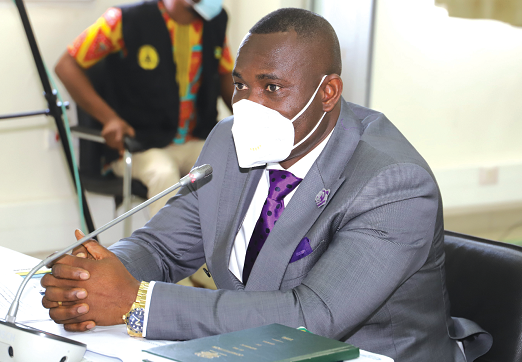 A Deputy Minister designate for Finance, Dr John Kumah, has said there is need for the tax exemptions regime to be made more effective in the country.

He said although tax waivers was one of the strategic tools to attract investments into the country, in all cases, they constituted loss of government revenues and must, therefore, be used effectively.

Responding to a question from Parliament’s Appointments Committee on how tax exemptions were robbing the country of millions, he said there was the need to strengthen the monitoring and auditing processes involved.

“In some cases, some companies with tax waiving rights transfer some of these rights to other companies and all of this leads to further losses in revenue. So I agree with you that we have to make sure that the statuses of these tax exemptions are not transferable.

“We also have to make sure that the post-audit of companies that are granted these tax exemptions are properly done to ensure that they follow through the rules,” he stated.

In 2017, the Minister of Finance, Mr Ken Ofori-Atta, announced a Tax Exemption Bill, which he said was going to fill the loopholes in the tax exemptions regime. However, this bill has still not been able to see the light of day.

Dr Kumah assured the committee that when approved, he would support the Finance Minister to ensure the Tax Exemption Bill was passed.

Commenting on the country’s debt, he said it was a major concern to every Ghanaian.

“Most instances when we raise this issue, people want to see what we have done with the borrowing,” he said, adding that the country’s debt had ballooned largely due to the COVID-19 pandemic, saying Ghana was no exception to this trend.

He noted that the ECOWAS region’s debt to GDP had shot up from 50 per cent to 70 per cent.

“This should tell us that something unusual has happened in the past one year and it’s not only Africa, but USA also had to inject $1.9 trillion dollars to support their economy so every country is adding on to their debt because of the peculiar COVID-19 situation.

“I however agree that we should all be on the same page on what has been done with these monies which have been borrowed. The 12th highest debt to GDP country in the world is Singapore but the peculiar nature of Singapore’s public debt is that the net public debt of that country is zero.

“This is because every facility borrowed is backed by an asset and sometimes the returns on the asset is even higher than the liability on the loans so this is the discussion that we should have and know that as a country when we are borrowing, we are doing so to expand our economy,” he explained.

When asked whether Ghana could be described as a debt distressed country, he said the country was currently meeting all its debt obligations on time and could, therefore, not be described as such.