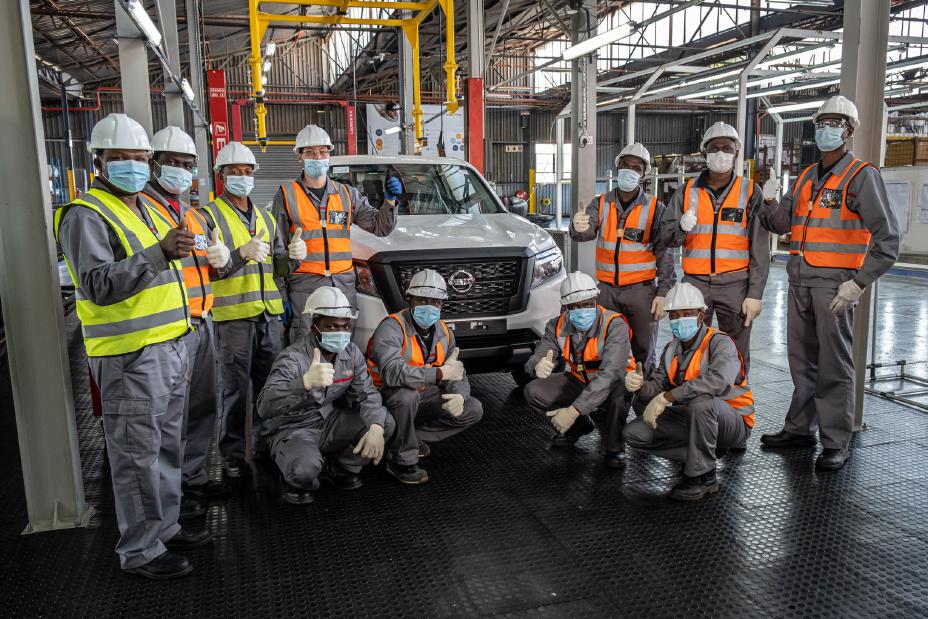 The government’s quest to make Ghana an industrialised nation in the nearest future is gradually beginning to bear major fruits.

Through the Ghana Automotive Development Policy launched in 2019 with the aim of making affordable new vehicles in the Ghanaian market and reduce the heavy reliance on used vehicles, which create environmental pollution, Japan Motors Trading Company (JMTC) has finally been approved to begin the production of the all new ‘Built of More’ Nissan Navara at its new assembly plant in Tema. near Accra.

It is in line with the country’s quest to create the right environment that seeks to change the dynamic to attract investment from leading Original Equipment Manufacturers (OEMs) into the economy.

Known for its positive business acumen, Japan Motors got the nod after the company went through the rigorous Nissan manufacturing quality standards validation process in February 2022.

Consequently, Nissan will on March 29, 2022 commemorate the opening and start of production for the all new Nissan Navara in Tema, near Accra.

The US$ 9 million production plant took 18 months to complete. The 5,000 metre square-feet state-of-the-art factory consists of four warehouses for the assembly and testing lines.

The factory also has a special shower bay fed by an underground 180 cubic metre water tank and an outdoor test track with 12 noise and vibration testing bays to ensure every vehicle that leaves the plant is as good as any other Nissan Navara made anywhere else in the world.

It is also complete with a modern showroom and office block contained in a 22,407 square metre site.

The Managing Director of Japan Motors, Salem Kalmoni, said: “The decision by Japan Motors to invest almost US$9 million in this venture to create a 100 per cent wholly owned and staffed Ghanaian assembly plant was because we truly believe in the government’s vision to create an automotive industry in this country that can build cars made in Ghana for Africa.”

He added in a release copied to the Graphic Business by Nissan South Africa on March 25, that “we have built this factory to support this vision, to support our country, but also support ourselves as Ghanaians.”

The Managing Director of Nissan Africa, Mike Whitfield, congratulated Japan Motors on the achievement, saying “Nissan’s production standards are extremely high, so achieving formal approval to start production is an incredible feather in their cap and a testament to the dedication of their entire team and the Nissan South Africa engineers who have been at their side throughout this process, first in Rosslyn and now in Tema. I can truly say that I am as excited about this news as I was when the first all new Navara rolled off the production line in Rosslyn in June last year, opening the way for the Navara to be finally built in Africa.”

He said establishing automotive assembly plants was a key part of the strategy to build a viable, indigenous automotive industry, which in turn was critical if Nissan was to maximise Africa’s potential as the last frontier in the global automotive market.

Mr Whitfield said the investment made and the immediate impact in terms of job creation and the spin offs were proof indeed of the incredible value of creating an indigenous automotive industry.

“COVID 19 has exposed many of the fault lines in our society and the weaknesses of economies that are neither diversified nor industrialised,” he said.

He said developing an indigenous automotive sector would create jobs and help diversify the economy by creating upstream and downstream sectors while earning vital foreign exchange by exporting locally made vehicles rather than spending vitally needed foreign funds to import them.

South Africa, he said, was a great example of what could be achieved through decades of close, honest and progressive private public partnerships.

“Today the South African automotive sector directly employs 470,000 people and three times more in the value chain. It contributed 7.1 per cent to Gross Domestic Product (GDP) in 2019 and earned US$14.3 billion through exports.

“I am looking forward to being at the production line with Japan Motors managing director, Salem Kalmoni, when the assembly plant officially starts production next month. I can’t wait. It is going to a very big moment for Nissan, for Africa and especially for Ghana,” he added.

Japan Motors Trading Co. Ltd grew out of Kalmoni and Sons, which was started in the 1920s by Kalmoni’s grandfather, also named Salem, eight years after he arrived in Ghana from Lebanon.

In 1958, Kalmoni and Sons acquired the Datsun/Nissan distributorship.

The Kalmoni family have since built Japan Motors into a Ghanaian automotive powerhouse, with branches in Ghana’s five major cities.

Keynote
– The ‘Built of More’ Navara is one of the toughest vehicles ever produced by Nissan engineers.

– It was designed for Africa, is built in Africa and will shortly be assembled in Ghana by Ghanaians. Nissan selected Japan Motors, one of its two long-time Ghanaian sales companies, along with Nissan Auto Parts (APL), to be its manufacturing partner in 2020.

– This followed Nissan becoming the first mover in Ghana by signing a memorandum of understanding with the government in 2018 to support the development of the domestic automotive sector.