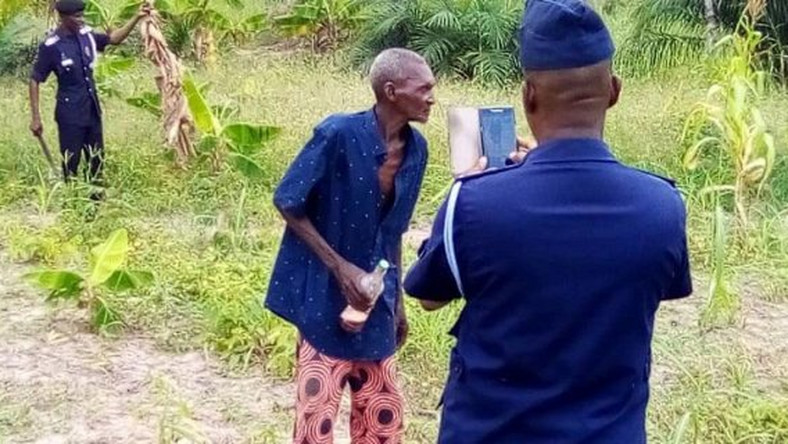 The Police have arrested a 77-year-old man who allegedly owned a two-acre marijuana farm in the Bono East region.

The suspect, Opanin Kwadwo Sampene, was cultivating the marijuana farm at Mem, a suburb of Atebeubu.

A team of officers, led by District Commander Chief Supt. Bright Boafo, stormed the farm to arrest the suspect following a tip-off. 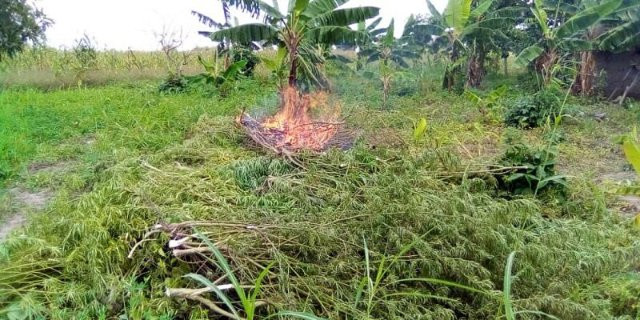 The suspect told the Police that he has no other means of making a living, other than cultivating the weed farm.

He explained that he has been smoking marijuana for sixty years and began selling the drug at a very tender age.

The suspect is currently in Police custody, while the weed farm has been set ablaze by the Police.