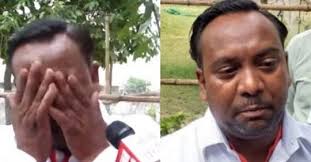 With BJP securing an overwhelming majority in the Lok Sabha elections, almost every other party and candidate were disappointed. But things were different for Neetu Shutteran Wala – an independent candidate from Punjab. The reason being, he got cheated by the ones he trusted the most.

Crying outside the counting venue, Neetu said that he’s got only 5 votes in the elections, reports Times of India.

However, that wasn’t the saddest part. The fact that even the 9 people in his own family did not vote in his favour, hurt him the most.

Talking to a reporter outside the counting station, Neetu said:

‘’I have nine votes in my family but got only five votes and this is shocking for me. My entire street had vowed to vote for me but I just got five votes. I had remained away from my shop for a month and worked among people but they did not vote for me’’.