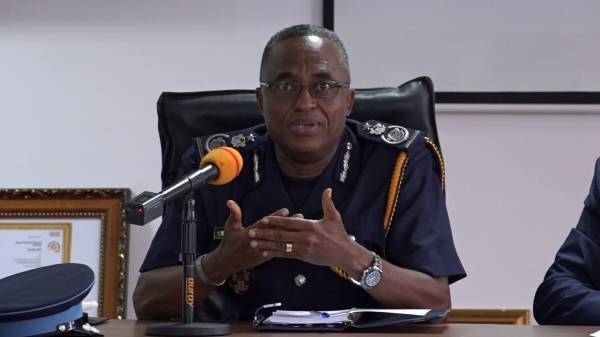 The Customs Division of the Ghana Revenue Authority is offering an opportunity to importers whose import duties were determined just before the reduction in benchmark values to re-present their documents for revaluation.

The measure means that people whose goods have not yet been cleared can enjoy lower duties.

The Customs Classification and Valuation Report (CCVR) covers the values of imports with their corresponding duties payable.

Although some importers had presented theirs to Customs to determine duties payable prior to the reduction in the values used to compute the duties, the window may afford them some refunds from the earlier duties that they had paid.

The measure, according to the Commissioner of Customs, Isaac Crentsil, was to ensure the CCVR fitted into the new dispensation so that all importers could enjoy the benefits that came with the policy’s implementation.

“We have also asked importers with a bill of entry (declaration) that were not paid before the take-off of the new policy to also take steps to renew them so that an amendment could be done for them to clear their cargo from the ports,” Mr Crentsil told the Daily Graphic in an interview.

Benchmark values were introduced as a risk mechanism by Customs to allow it to independently authenticate the international transactional values of products presented by importers for clearance at the country’s ports.

The implementation of the reduction in the benchmark values of 50 per cent for general imports and 30 per cent home delivery value (HDV) for vehicles came into effect on April 5, 2019, after persistent calls by the trading public on high import duty rates at the country’s ports.

While the 30 per cent discount for vehicles took immediate effect with the announcement of the policy, the 50 per cent announced for general imports, on the other hand, has not seen a smooth implementation because of the large volumes of the commodities.

The commissioner was of the view that although there were still some teething challenges with the implementation, particularly for general goods, the policy had so far progressed well and efficiently.

Mr Crentsil, however, pointed out that due to a large number of general imports list, it became necessary for the Division and its information technology (IT) service provider, West Blue Consulting, to quickly resolve issues surrounding the configuration of the system.

He also stated that since there were more than 2,000 products within the general import list, Customs had to resort to its transactional price database to enable officials to honour the discount obligations, which, he said, often went to create some level of inefficiency.

The commissioner said although it may be too early to talk about a rise in port volumes since the commencement of the policy’s implementation, the last one month had witnessed some gains.

Similarly, he said the Division had noticed that cargo smuggling through neighbouring ports had seen some decline since the introduction of the policy.

“This shows that the volumes are set to increase in the coming months so as to enable the Division meet its revenue target,” Mr Crentsil stated.

The President of the Ghana Union Traders Association (GUTA), Joseph Obeng, also told the Daily Graphic that the union had been informed that Customs was developing a database on selected general imports which were previously not benchmarked since the policy had been made to cover all imports.

GUTA, Mr Obeng explained, had been engaging with Customs, particularly in connection with second-hand clothes dealers and second-hand spare parts dealers who were initially not being made to benefit from the policy, and said, “Customs has since given us an assurance that the policy affects all imports”.