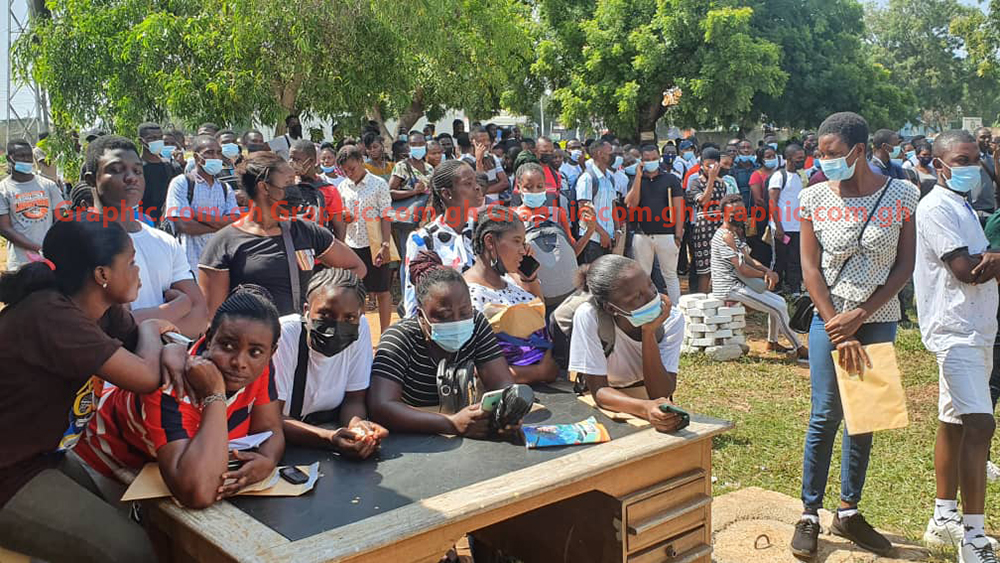 The Ghana Immigration Service (GIS) has asked all applicants who were selected when they submitted their online application, but were yet to receive an SMS for the second phase of the recruitment exercise, to report at their various regional screening centres.

The second phase of the exercise began Monday (October 25, 2021) at the designated centres in all regional capitals.

It involves body selection and document authentication for the successful applicants who were selected at the first phase.

A statement issued by the GIS and signed by the Head of Public Affairs, Superintendent Michael Amoako-Atta entreated all applicants who were yet to receive the short messages (SMS) to call at the various centres with their required documents from the exercise.

“It has been noted that some applicants despite being selected at the online stage of the application process have not received messages for the Body Selection and Document Authentication Stage,” it added.

“All such persons are entreated to report to the designated Screening Centre in the Region they selected between Monday, October 25, 2021 to Thursday, October 28, 2021 at 6am with their confirmation slip and original copies of all certificates (birth and education).

The GIS is hoping to recruit about 2,000 recruits and cadets, following clearance from the Ministry of Interior.

The designated centres and dates are as follows:

In July 2021, the government gave clearance for the security services to employ personnel to augment their staffing.

The clearance was contained in a letter signed by the Minister of Finance, Mr Ken Ofori-Atta, to the Ministry of Interior who received the letters on behalf of the four security services.

Dated June 21, 2021, the Finance Minister indicated the effective date for the recruitment as August 1, 2021 and that the clearance would expire on December 31, 2021.

The Ghana Police Service would engage 5,000 personnel “to deal effectively and adequately with the issues of combating existing and emerging crimes and protect the citizenry.”

While the Immigration, Prisons and Fire services each would engage 2,000 personnel to augment their workforces across the country.