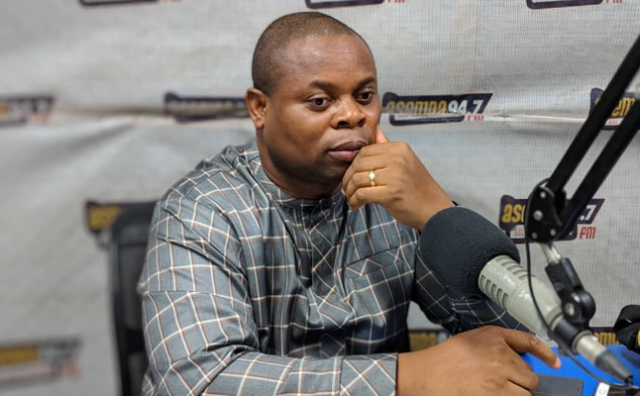 Policy think tank, IMANI Africa, has apologised “unreservedly” to the Chief Executive Officer of the Ghana National Petroleum Corporation (GNPC), Dr K. K. Sarpong, and Fueltrade Limited, a mid and upstream petroleum company, for “injurious statements” made against them on April 25, this year.

In a three-paragraph press statement titled ‘Retraction and Apology to Dr KK Sarpong and Fueltrade Limited,’ a copy of which is available to the Daily Graphic, the think tank also retracted the statements that its Vice-President, Mr Kofi Bentil, made against Dr Sarpong and Fueltrade at its press conference on the petroleum sector last month.

The statement, issued on May 5, was signed by Mr Bentil.

At the press conference, which focused on issues relating to the operations of Aker Energy in Ghana and the Deepwater Tano Cape Three Points (DWT/CTP) block, Mr Bentil alleged that Dr Sarpong and his family owned Fueltrade, which held two per cent as a local partner of the DWT/CTP Petroleum Agreement.

With Dr Sarpong being the CEO of the GNPC, another partner of the DWT/CTP with a 10 per cent stake, Mr Bentil said it was ethically wrong for a company that he and his family owned to also be a partner of the block.

Consequently, Mr Bentil concluded that Dr Sarpong was in a conflict of interest situation.

However, moments after the press conference, the GNPC CEO denied IMANI’s claims, describing them as false.

He said in a press statement that: “I wish to state emphatically that neither I nor my family own Fuel Trade as claimed by IMANI Ghana“ and further demanded “a retraction of the said claim and an unreserved apology from IMANI and its Deputy Director, Mr Bentil, within two weeks.

Similarly, Fueltrade said in a separate release that Dr Sarpong was not its owner contrary to IMANI’s claims.

Like Dr Sarpong, they also called for an apology and retraction.

In the statement, IMANI said: “Kofi Bentil and IMANI Africa issue this statement and unreservedly retract and apologise to Dr K.K. Sarpong and Fueltrade Limited for injurious statements made at IMANI Africa’s April 25 forum.

“In the said forum, as we laid out issues over a 21-slide presentation aimed at bringing focus to some pertinent issues in Ghana’s young oil industry, one of the slides mentioned Dr K. K. Sarpong and Fueltrade in ways they disapproved of, for which Dr Sarpong and Fueltrade have demanded a retraction and apology.

We, therefore, apologise unreservedly and retract same,” it concluded.